The transfer window may have recently closed but that doesn’t mean the transfer rumour mill grinds to a halt.

As has been discussed frequently, Liverpool were one of the quieter Premier League clubs in the summer, only signing central defender Ibrahima Konate from RB Leipzig for around £35 mill.

While the Reds have a squad full of quality, one question mark lies in the position of the back up striker. Much like spinning the wheel at paras nettikasino, this represents a gamble by Jurgen Klopp.

It was a role that Divock Origi made his own, with his exploits in the lead-up to Liverpool claiming their sixth European Cup going down in club folklore.

Origi is a tough position because unless there is an injury, he is highly unlikely to get regular starts. Nevertheless when given the opportunity, the Belgian has failed to build on that form from two years ago and has basically become a peripheral figure in the squad, but is seemingly more than happy to stay.

The financial difficulties of Liverpool due to the Covid pandemic have been well documented, but the Mirror reports that there could be an affordable option on the horizon.

Red Bull Salzburg have been one of the great developers of attacking talent in the last few years with the likes of Erling Haaland Takumi Minamino and Patson Daka to name three.

The next name off the conveyor belt is likely to be Karim Adeyami.

The Mirror (per Bild) reports that Liverpool are right in the mix to sign the German youngster who has already scored six league goals for Salzburg in as many games to start the season along with one in the Champions League qualifiers.

Bild speculates that he is currently worth around £17 million with Bayern Munich and Barcelona also said to be interested. 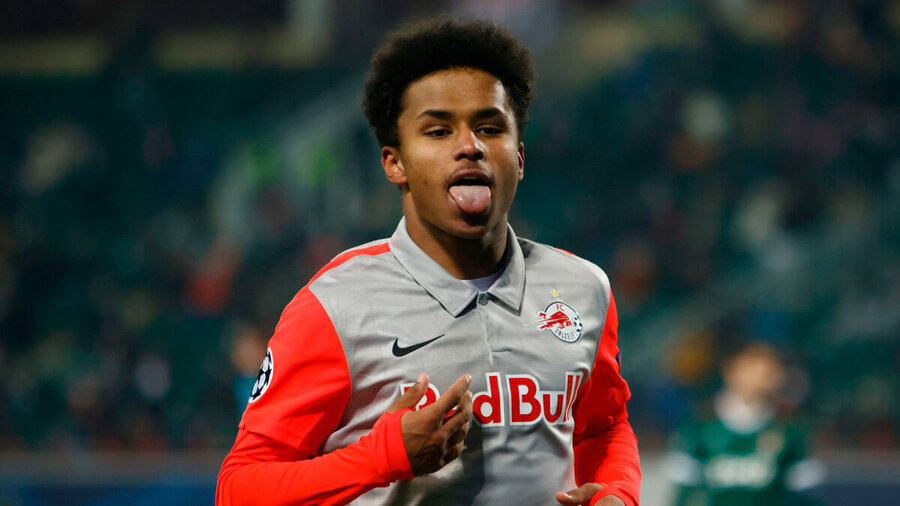 The rise of Adeyami culminated recently when he won his first international cap for Germany in their World Cup qualifier against Armenia, which he topped off with a goal.

“When he was 16, some clubs from England wanted to sign him. For example, some scouts from Chelsea came, but I don't know if that would have worked out.

“The move to Salzburg was exactly right because it's not too far away from his home in Munich. The closeness to his family is very important. He has a very good and stable environment.

“You should never take two steps at once. Salzburg is a good station for him, but also a club that doesn't put any obstacles in the way of young players with suitable offers.

"If he continues like this, I would say it will be interesting from the spring."

Schwabl rightly had a sense of pride seeing Adeyami earning his first senior international cap but offered some words of wisdom.

“It was a goosebump moment to see the boy play in the Germany jersey.

“His development lately is like a little fairy tale. We are very proud of Karim as a club.

“The goal was of course the crowning glory. I congratulated him afterwards, but also said: 'Stay on the ground, boy!' That is so important. He is only at the beginning of his career." 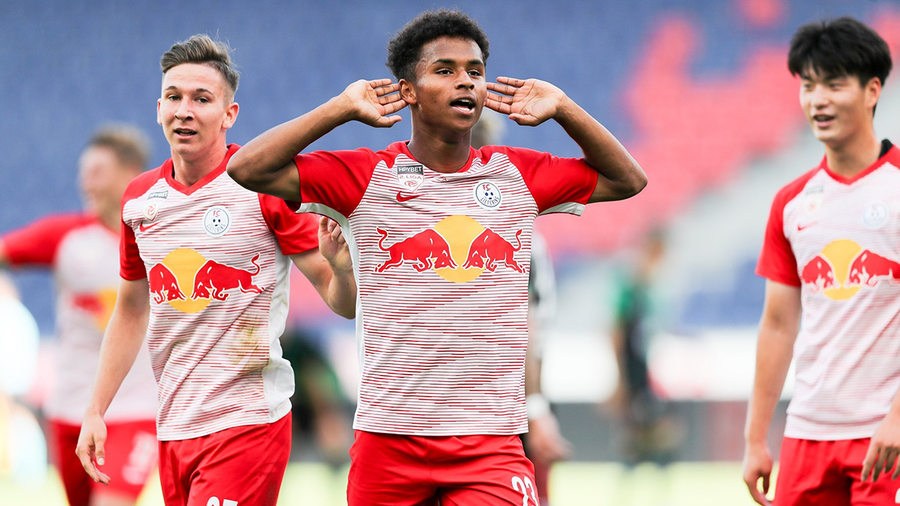 The scouting report on Adeyami who is in his third season at Salzberg says that  “he is not the guy you whip in crosses for, that’s where he differs from his striking predecessors at RB Salzburg, he looks and plays more like a midfielder.

“Adeyemi’s dynamism is an invaluable asset that always keeps him one step ahead of the opposition, highly spontaneous and unpredictable. Sometimes he plays on the shoulder of the defenders and requests for passes to be played into the space for him to run into like Jamie Vardy would.

“With all that said, Karim still needs to work on his decision-making and his vision, he sometimes gets tunnel-vision and ignores everyone else when going on those long runs with the ball.”

For all those talent watches, Adeyami is certainly one to keep tabs on throughout this season.