Sterling: I love Liverpool and they are still in my heart - Latest News - The Liverpool Way Jump to content

Sterling: I love Liverpool and they are still in my heart

Raheem Sterling has publicly revealed that he still has a deep love for the club that he began his senior career with.The Man City forward was once a loved figure at Anfield after coming to the club as a 15 year-old from QPR.It was clear that the youngster had talent but like many in that position, he needed someone to guide him through the ups and downs of being a professional.That individual was Brendan Rodgers who initially used the tough love approach, but from there the relationship blossomed and peaked spectacularly in the 2013/4 season where Sterling was a pivotal member of the squad which went heartbreakingly close to ending the title drought. 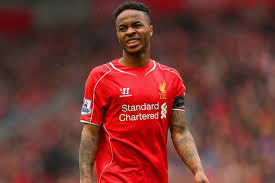 As the performances of the team crumbled after that bitter disappointment, Sterling seemingly looked to greener pastures where he believed his career goals could be fulfilled.While the usual suspects on the continent were mentioned, he eventually signed for Man City in a deal close to £50 million.While no one would begrudge a player a move if they do not want to be at the club anymore, but the way Sterling and his advisers handled his exit a lot to be desired.It led to a lot of acrimony whenever Liverpool played City and in truth, was probably the birth of a fierce rivalry between the two teams which has escalated several levels in the years since.Sterling conducted a Q and A session on the account of his management agency and the question was put to him whether he want to play for the Reds again.His answer as reported by the Echo is as follows:Would I ever go back to Liverpool? To be honest with you I love Liverpool.“Don’t get it twisted, they are always in my heart. “It’s a team that has done a lot for me growing up so…"It is a fascinating response especially when you take into account the European ban hanging over the head of City.The Echo ran a poll asking the readers whether they would take Sterling back but it is clear the resentment for the individual is still high with over 70% saying No.However when it is all said and done, it is nice to know that Sterling still respects the club that gave him an opportunity which to his credit he grabbed with both hands.