Klopp: Elliott is an exceptional talent

Jürgen Klopp has hailed the talent of Harvey Elliott after the 16 year-old produced a impressive display in Liverpool’s thrilling penalty shootout victory against Arsenal on Wednesday evening.The Reds came back from 3-1 and 4-2 down to tie the scores at 5-5 through a Divock Origi strike late in injury time before winning 5-4 in the shootout.Elliott became the youngest ever player to feature for Liverpool at Anfield and he won the spot-kick which James Milner duly converted at the end of the first half and Klopp said (via the Echo) that it was great he was able to display his talents to a large audience.“Harvey played really well. Not like you would expect from a 16-year-old.“It's easy to be convinced about him when you see him training. He is an exceptional talent really and is a nice kid as well.“To see him encourage the crowd around the corners...I had a couple of moments where I was really touched. 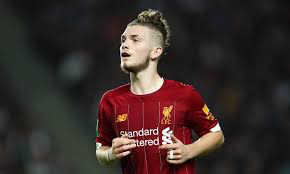 Along with Elliott, Klopp gave Anfield debuts to Sepp van den Berg, Rhian Brewster and Caoimhin Kelleher while young Welsh right-back Neco Williams made his professional debut.Klopp said he did not hesitate to give the exposure to the aforementioned players in this cup tie and it was even better that they all played a role in the victory."I don’t want to take that for granted, to be honest. It is always special and it was special tonight."I was absolutely convinced we could give them a proper game.

"That is why decided on the line-up. But when you are 3-1 down, we played some really good football.“We lost the ball in the wrong areas and we were too open. We had to wait for half-time and you hope then you can change a couple of things. But it was 3-2, that’s right? It was good!The joy that Klopp got from the occasion was evident in his post-match comments even while admitting mistakes were made.“You know, I just enjoyed it. I enjoyed each second of the game. I don’t know the last time I had so much fun in a football game. 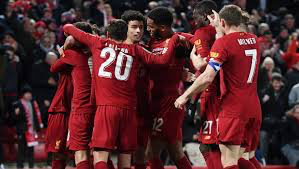 “I saw so many really good performances, I was so happy for the kids that they will remember the first night for the rest of their lives. “They made it a proper, special football night. Everyone who came tonight saw 19 goals – pretty special. Really perfect. Absolutely perfect.“Yes, as a manager maybe I should worry more about the goals we conceded but I couldn’t care less. To be honest, I couldn't care less. “The mistakes that we made were obvious. “The fifth goal (from Joe Wilock) was a really good goal but all the others we had a hand in.“ But it’s not important. The most important thing for development is that you react in the right way. “All these boys need to play in difficult football games – and it was a difficult football game. They worked their socks off and left their soul on the pitch. I really loved it."