Shaqiri: I am looking forward to the new season with Liverpool - Latest News - The Liverpool Way Jump to content

Shaqiri: I am looking forward to the new season with Liverpool

Xherdan Shaqiri has described  his personal frustration that he was not able to contribute more during Liverpool’s march to the Premier League title.The popular member of the squad with teammates and fans alike, the Swiss international was somewhat of a forgotten man making just 11 appearances in all competitions throughout the last campaign due to a number of niggling injuries which led to him slipping down the playing ranks when he returned to full fitness.Often linked to with a move away to clubs in the continent, the 28 year-old gave a strong indication to the Official site at the team camp in Austria that he is is willing to stay at the Reds and fight for his place."Always if you are injured or if you are not playing, you're frustrated. “But I'm looking forward to this season and trying to help the team all the time, so I have the chance to play like the first season. 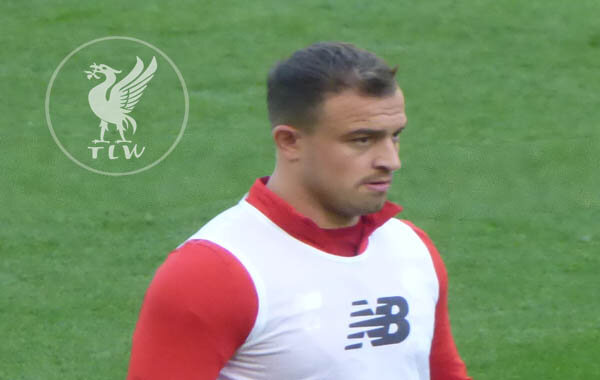 The versatile attacking option also signaled the intention of the team to keep up the hunger and strive for more honours.“Everybody is excited to play again and to defend the season we had last season.“It's very difficult but we try to achieve again a lot of things and we want to win a lot of games. "We have the capacity, we have the team who is still hungry and wants to win many titles.”Shaqiri who has experienced title success in the Bundesliga with Bayern Munich and in Switzerland admitted that this league success with the Reds felt different."Of course it's different in the Premier League than others, and I had the pleasure and I'm very proud of what I achieved in Germany with these two [titles] and I know many countries now. "But with Liverpool, to win the title last season was unbelievable, something different after 30 years for the fans and for us too. "We are really excited and we always want to win every game but we know it's going to also be difficult. The other teams also want to win, so I think it's going to be an exciting season.""I'm trying to give my best too and to help the team to win games, titles – that's the most important thing for me."