Young Liverpool striker Rhian Brewster has a number of clubs keen on his services for the second half of the season.Jürgen Klopp has signalled his desire to let the 19 year-old go out on loan to gain some all-important first team football.It is a clear change of heart from the manager who had reportedly told Brewster that he wants him to remain at the Reds for the entirety of this campaign.However it is one which clearly makes a great deal of sense.With the quality that Liverpool possess in the striking department, opportunities for Brewster to get meaningful minutes would be at a premium in the second half of the season. 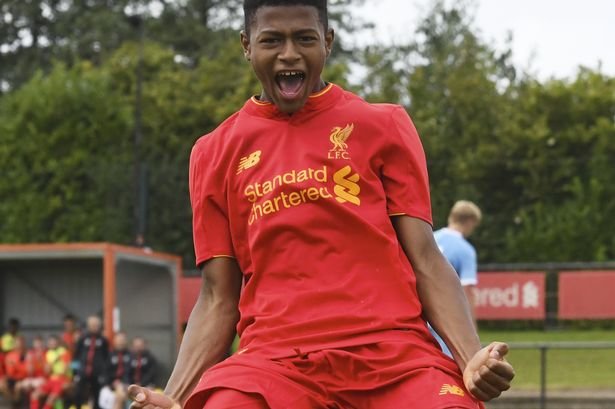 Brewster has only made two appearances in the Carabao Cup in this campaign and the Mirror reports that Aston Villa and Crystal Palace leading the chase.It is believed top six Championship clubs Leeds and Swansea have also registered a interest.Both Villa and Palace looked to boost their striking department during the summer transfer window but it has yet to prove dividends.Roy Hodgson’s men are the equal second lowest scorers in the league with 11 goals so far with the load falling heavily on the shoulders of Jordan Ayew who has hit the back of the net four times.Villa have a similar issue as the Midlands club look to put a gap between themselves and the bottom three.While Brewster will naturally benefit by staying in the Premier League, he will also learn a lot by playing for ambitious Championship clubs like Leeds and Swansea where the games come thick and fast and the competition is not for the faint of heart.Wherever the talented youngster goes, let’s hope he get the opportunity to show his wares on the big stage and comes back to the club as a all-round better player.