Liverpool are highly likely to be on the lookout for a new central defender come the January transfer window.

After the loss of first choice pairing Virgil Van Dijk and Joe Gomez to long term knee injuries and with fill-in Fabinho currently also on the treatment table, Jurgen Klopp has to shuffle his pack and come up with a suitable partnership for the next six weeks or so.

The Reds were already down to the bare bones before the loss of Gomez and Klopp last remaining senior centre back is the injury prone Joel Matip, who himself is only just back from his latest spell on the treatment table.

The absence of the senior pros has opened the door for some of the younger players to show that they might have a future with the club. Nat Phillips almost left in the summer but Klopp will be feeling extremely relieved that no move materialised, as the 23 year old is going to be needed over the coming weeks. He produced a man of the match display against West Ham in his first Premier League game recently, while teenager Rhys Williams caught the eye in the Champions League win over Atalanta.

Both will be hoping to be given the opportunity to partner Matip this weekend against Leicester. That promises to be an extremely tough game for the Reds as the Foxes are flying high. The best bookies for football on betting.co.uk have Klopp's men as favourites but with the ever increasing list of casualties it wouldn't be a huge shock if Leicester were able to upset the odds.

Klopp cannot do a great deal about his centre back shortage right now but the rumour mill has been abuzz with names that the German could look to when the window opens up, including the highly rated Dayot Upamecano from RB Leipzig, Kalidou Koulibaly from Napoli and Ben White from Brighton.

A new name has now come into discussions with the Echo saying that Brazilian Gleison Bremer is a player that the Reds are closely looking at.

After learning his trade at São Paulo and Atletico Mineiro, the 23 year-old made the move to Europe for the 2018/9 season joining Italian club Torino for £5 million on a five year deal.

While he took time to find his feet in Serie A in his first season, he impressed observers last year starting 27 games for the Turin based side and certainly has the technical ability and overall qualities to play in a Jurgen Klopp side.

The left-sided centre back is an intelligent mover and impressive reader of the game, making 2.2 interceptions per game while also clearing the ball on average 5.2 times per 90 minutes this season.

Bremer is adept in playing creative long balls out from the back, is currently in the top three for overall passes in the Torino team while also being threat from set prices with the 6 foot 2 defender scoring 5 goals last season and another during this campaign. 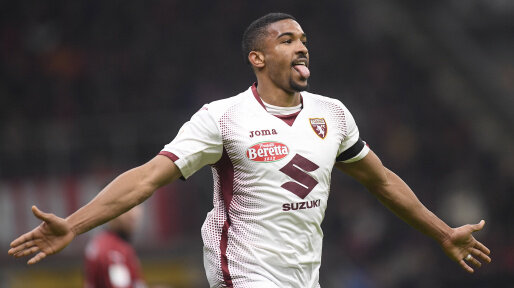 However Liverpool are not the only Premier League team interested in the services of Bremer with Fulham and Everton closely monitoring his situation.

But after playing for a side who have recently flirted with relegation and last honour of any kind was 20 years ago (Serie B winners), you suspect he would jump at the chance of playing at one of Europe’s biggest clubs alongside some of his countrymen and under one of the best managers in the game.

If a reasonable fee can be agreed to, you suspect there will be winners all round.