Red of the Day - Salif Diao

In the summer of 2002, while recovering from an operation on his heart, Gerard Houllier scouted several players under the influence of strong medication. Several of them ended up at Anfield. One example of this was 'The Sheriff', Salif Diao. That summer was a disaster in terms of transfer dealings for the club.

Diao was a virtual unknown to most Liverpool fans, but first came to people’s attention during the 2002 World Cup, where alongside his future Liverpool team mate El-Hadji Diouf, he formed a key part of the Senegalese team’s superb run to the quarter finals, including a goal in the first round against Denmark (and then shortly afterwards, a red card).

Senegal defied the odds in France and anyone who took advantage of a Matchbook bonus code would have been quids in.

Diao’s arrival at Liverpool for £5m was heralded by a typically understated comment from Gerard Houllier that he was “the next Vieira”. It was shortly very obvious that Salif wasn’t even close. Naturally a defensive midfielder, Diao was played in a variety of positions, including disastrous attempts in defence, where Liverpool were torn apart by future manager Rafa Benitez’s Valencia side. Diao was a strong tackler, but he was slow of mind and foot, and also very clumsy.

After Rafa took over at Anfield, Salif found his way into central midfield. Against Fulham, he was substituted after he attempted to backheel the ball, miscontrolled it, and the opposition scored. He was loaned to Birmingham in an effort to engineer him a move away from Anfield, and the following season wasn’t even given a squad number at Liverpool, with his #15 being assigned to Peter Crouch.

Injuries restricted his appearances at Birmingham, and his loan to Portsmouth the following season. Eventually, he was loaned to Stoke and his move became permanent when his contract at Liverpool expired.

Everyone loves a trier, and Diao really was one of those, but he was also a terrible footballer and never should have been signed. 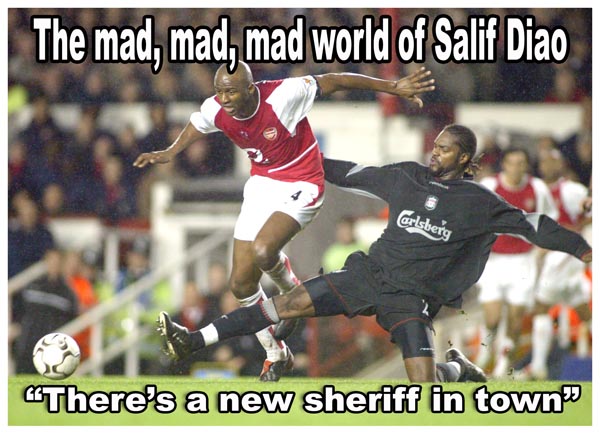 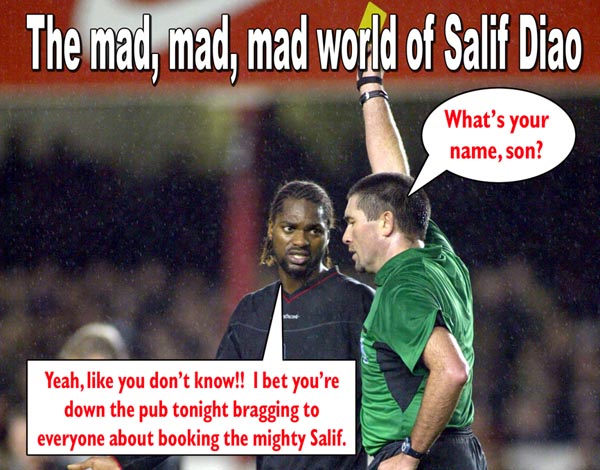