Neville: Alisson has made the biggest difference to Liverpool - Latest News - The Liverpool Way Jump to content

Neville: Alisson has made the biggest difference to Liverpool

There has been much discussion over who exactly has been the centrepiece of Liverpool’s outstanding run of form over the past couple of seasons.Jordan Henderson has undoubtedly gone to a new level in the with his versatility across midfield and general leadership of the team.Virgil Van Dijk has a presence that makes all around him walk taller and is the defender that strikers fear the most across Europe.While Andy Robertson and Trent Alexander-Arnold continue to create chances for the likes of Sadio Mane and Mo Salah to finish.In truth, you could name half a dozen players and not be wrong such is the evenness of the side.But Sky Sports pundit Gary Neville believes it is the man in goal who has been the major transformative figure.

The Mirror reported the former right-back as saying:“I think Allison has made Liverpool win the League.“I think when people talk about van Dijk being the missing piece I think that there is an element of that."But, it's Allison for me."When I go back to two years or three years ago, I was very critical of the goalkeepers that were at Liverpool. “I said I felt that they would never win the League while the current goalkeeper was in the position.“They won the European Cup and they won the League. I put van Dijk just behind but Alison for me has been the biggest impact at Liverpool.”Neville knows all too well the impact of having a strong custodian after playing with the likes of Peter Schmeichel and Edwin Van Der Sar at Man United.That was certainly not the case when Simon Mignolet and Loris Karius were in goal as the opposition was all too easily able to pick up on any uncertainly by the duo.Neville knew that was holding Liverpool back from realising their true potential. 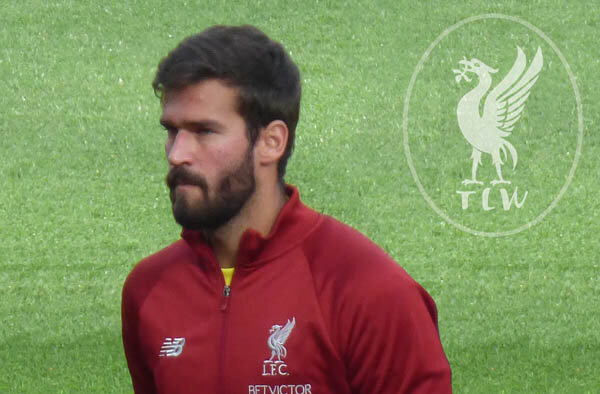 “When I go back to two years or three years ago, I was very critical of the goalkeepers that were at Liverpool. “I said I felt that they would never win the League while the current goalkeeper was in the position.“Jurgen Klopp came for me, I don’t know whether he was angry with me but he certainly had a go at me in the media."But once your goalkeeper is calm, authoritative, saves most shots on his goal, gives confidence to the rest of the team, the impact of that is absolutely incredible.“For me Van Dijk is one of the best centre halves I have ever seen live but for me, if you're talking about the last two years; what's been the big change for me in Liverpool is the goalkeeper.”Neville also feels that Liverpool’s next challenge won’t come so much from the opposition, but from within in terms of keeping the hunger up.And he says Jürgen Klopp will be on guard to negate any sense of complacency.

“You need to not think the first one is the holy grail and forget about it as soon as they have won it.“That doesn’t mean they shouldn’t celebrate. They should celebrate like hell when they win it in a couple of weeks. But it will come from the manager.“He doesn’t strike me as the type who will get carried and think: ‘This is it. I have done it. I have won the European Cup, got my statue and won the league.“ He is not that type of guy. “But in terms of back to back titles it’s purely up in your head. It’s obviously not a talent thing.”