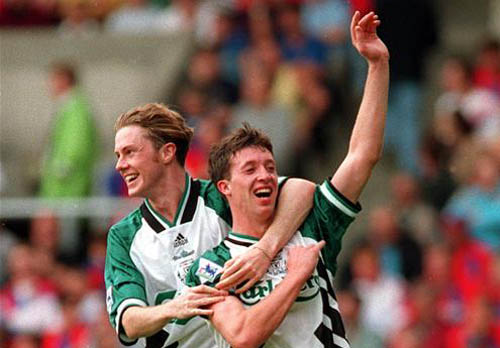 This was so good because it was so unexpected. With no new signings yet on board (John Scales and Phil Babb would join soon after) and coming off the back of some poor pre-season form, no-one saw this coming. Roy Evans went with a midfield diamond formation to allow Steve McManaman the freedom to roam, and it worked a treat as the shaggy haired scouser ran Palace ragged.

A Jan Molby penalty, a typically predatory strike from Robbie Fowler and a brace apiece from McManaman and Ian Rush set the tone for a surprisingly good season in which Liverpool lifted the League Cup and improved their league position to 4th following an 8th placed finish the previous year. 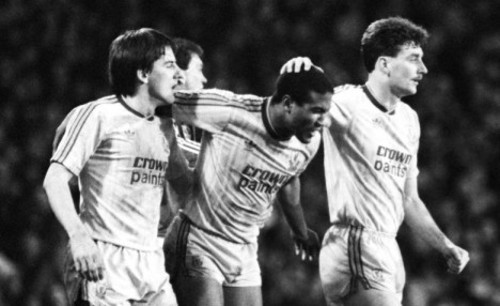 Life without Rush got off to the perfect start as Kenny’s new look Reds won at Highbury in their first game of the 87-88 season. The win was the start of a 29 game unbeaten run that brought the title back to Anfield.

Aldridge scored first after just 9 minutes but Paul Davis levelled for Arsenal not long after. It appeared that was how it was going to finish until Steve Nicol scored a remarkable winner with two minutes remaining. For many Reds it remains the finest headed goal they’ve seen.

Nicol obviously gets the credit for the win, but for me the game clearly turned on it’s head with the introduction of Paul Walsh for Beardsley with five minutes to go. Within three minutes of Walsh’s arrival Nicol had scored the winner, so I’m crediting Walsh even if no-one else is! Admittedly I may be biased (what with him being my all time favourite player and all) and I’m not even sure he touched the ball after coming on, but his mere presence and fantastic hair will have definitely unsettled Arsenal.

Stan Collymore had arrived at Anfield in the summer of 1995 and was believed to be the ‘final piece of the jigsaw’. He’d been in great demand following a brilliant season at Nottingham Forest and Liverpool beat off interest from Everton to secure his signature.

He had been brought in to partner Fowler, but on opening day Evans opted to leave his precocious young goalscorer on the bench and opted the experienced Rush to partner his club record signing.

Things weren’t going Stan’s way against Wednesday and he’d been fairly poor until all of a sudden he sprung into life by wriggling away from two defenders and curling one into the corner from 25 yards with his left foot. The crowd went wild, and Collymore broke down in tears. He showed it was no fluke by scoring an almost identical goal at home to Blackburn a few weeks later. 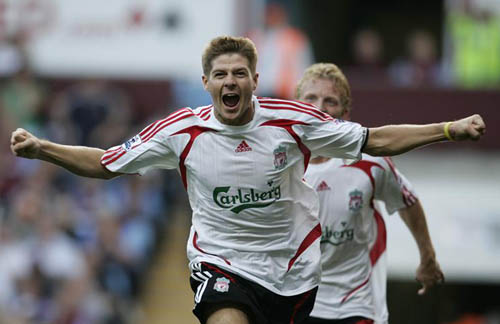 Fernando Torres made his Liverpool debut as Rafa Benitez’s men made the trip to Villa Park to kick off the 2007/08 season. The Reds went in front through a Martin Laursen own goal on the half hour mark, but with just three minutes left Jamie Carragher was adjudged to have handled in the box and Gareth Barry buried the penalty to level things up.

With the home fans still celebrating Steven Gerrard bought himself a soft free-kick 30 yards from goal, and promptly smashed it into the top corner to spark manic scenes in the away end and secure three points for his team.

The new boys made an instant impression to give Graeme Souness a dream start to the 1993/94 season. Nigel Clough opened the scoring with a terrific strike that went in off the underside of the bar, and then added a second with a poachers finish in front of the Kop after a towering header by fellow debutant Neil Ruddock was only parried by visiting keeper Kevin Prestman.

“He’s red, he’s white, he f***ing dynamite, Nigel Clough, Nigel Clough” sang the Kop. The 20 year old me came out of Anfield that day convinced we were going to win the title and that Clough would live up to his billing as the “new Dalglish”. We actually finished 8th, and sadly Clough was more “Paul Dalglish” than “Kenny”. I’d like to say I’ve learned my lesson since then but I haven’t. If we tonk Southampton on Sunday, just watch my hopes and expectations soar, especially if any of the new signings have a significant part to play in it.