Liverpool manager Jurgen Klopp has defended his team selection for the third round FA Cup clash against Wolves which the Reds lost 2-1 at Molineux on Monday night.Dejan Lovren and James Milner were the only starters to keep their place from the game against Man City last Thursday. However the Croatian only lasted six minutes before having to be helped off with a Hamstring injury.That gave the opportunity for 16 year-old Dutch defender Ki-Jana Hoever to come on and make his senior debut.The teenage defender became the youngest Liverpool player to play in the FA Cup and third youngest to debut overall for the Reds (16 years 354 days). It must have felt like he'd cashed in his match-bonus-code.It has been a rapid rise for Hoever who joined the club from Ajax in the Summer and has won rave reviews when playing for the U18s and U23s.The manager said that Lovren wasn't scheduled to start this contest after having a extremely heavy workload over the past three weeks. However, due to the central defensive options being scarce at this time, Klopp had to go with the Croatian while central midfielder Fabinho was redeployed as a makeshift central defender for the evening.It is a position that the Brazilian may well have to occupy for the upcoming few games starting with Brighton on Saturday. The Reds are heavy favourites to win that fixture, and if you fancy a flutter then why not take advantage of a sign up here.

Sky Sports reported Klopp as saying:"Dejan was not in the plans."He should have been only on the bench. But what happened and we had to change again."Dejan has played a lot of games in the last three or four weeks. Pretty much all the games. That was why he wasn't [going to be] involved here and then he gets injured."I am not sure what you would have said if I had started with Fabinho and Ki-Jana [Hoever] from the start. Maybe a few smart people would have said I didn't respect the competition."I changed a lot because I thought we had to not because I wanted to. "The problem was that we played a similar line-up in three tough games, so it was clear we had to change." 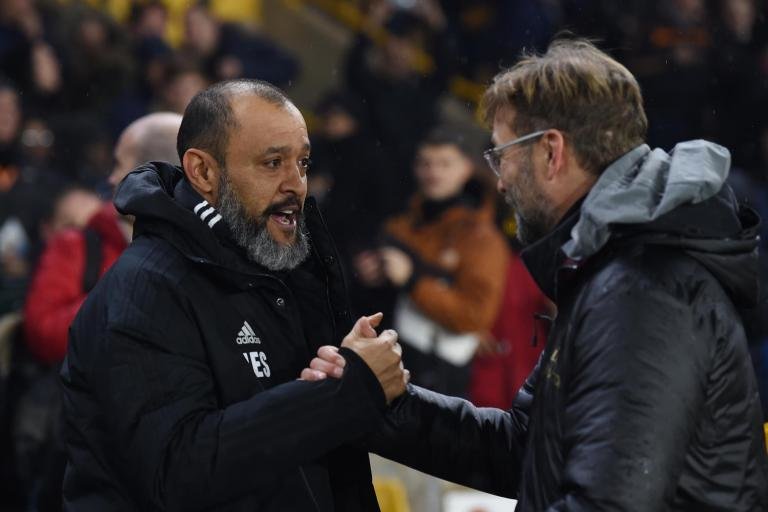 Klopp was impressed with the composed debut of Hoever, and said in the kind of situation that he was faced with on Monday night, the age of a player doesn't come into the equation."It doesn’t make sense to bring in a 16-year-old boy from the start. You don’t bring him, you wait until he is completely ready, but he came on and did well." That’s how it sometimes starts - when you are really needed then it is only about if you are good enough and not how old you are. 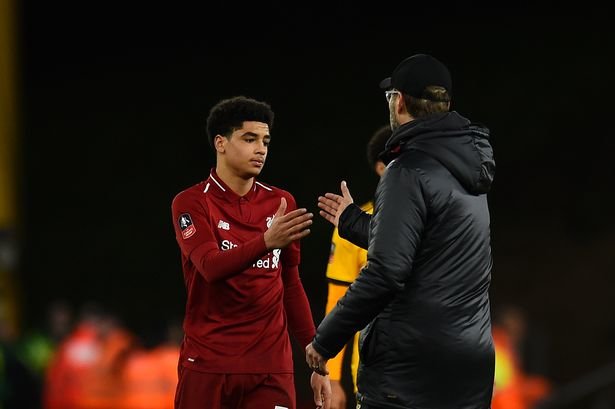 Raul Jimenez put the home team in front on 37 minutes, but Divock Origi replied six minutes after the interval with a pin-point strike that split two defenders and gave goalkeeper John Ruddy no chance.Liverpool only held parity for four minutes however, when the talented Ruben Neves was given time and space to fire home a rocket from 30 yards.Klopp brought on Mo Salah and Roberto Firmino for the last 20 minutes, but it was to no avail as the Midlands side knocked the Reds out of the competition for the second time in two years.Some traditionalists may bemoan the lost opportunity to still be in the running for the FA Cup, however the bigger picture aspect has to come into the discussion.Klopp has shown he is willing to prioritise something for the greater gain of the club, as shown in the earlier part of his tenure, and again last season.While ultimate success hasn't materialised yet, but we also haven't been in this position of strength for a long time.All things considered, a couple of exciting prospects got a true taste of senior football and some fringe players got a run-out.We move forward. Onwards to Brighton.