Wednesday evening sees Liverpool play their penultimate game of the 2020/21 season. It has been a campaign that has considerably challenged every member of the playing squad, management and fans alike.

While there have been plenty of tough moments and no silverware to add to the cabinet, the fact is the Reds still have a great opportunity to secure one of their key objectives and that is a top four finish.

To do that, they have to pick up the three points against Burnley at Turf Moor. The Clarets may be in the second half of the table, but they take great pride in giving Liverpool one hell of a battle whenever they meet. Led by their no-nonsense manager in Sean Dyche, Burnley arguably produced the upset of the season in January when they ended the 68- game unbeaten run at Anfield through an Ashley Barnes penalty.

@mattmossphere from @NoNayNever gives us his insight into their performances this year and after establishing themselves in the top flight, whether they can go to another level.

Congratulations for confirming your Premier League status for another season. It has been a season of incredibly unique circumstances for all clubs, so how have you seen your campaign as a whole?

We’ve truly had the full spectrum of emotions this season. Losing to teams who, with all due respect, we would expect to be taking points off because of low energy performances, brief defensive collapses or strikers who couldn’t buy a goal at times has been balanced by massive wins at Arsenal, Liverpool & Everton and magnificent team displays at Palace, Wolves & last week at Fulham to secure safety.

Throw into that a takeover saga that ran on from the start of the season until the new year coupled with one of our worst spells of injuries and we’ve all missed being able to dissect all this in person on the terraces each week.

After five consecutive seasons in the Premier League, do you think there is another level that Burnley can reach, (eg a team that consistently finishes in the 9th -12th bracket). Additionally, do you feel Sean Dyche will have a belief to evolve the team in a footballing sense or will he stick to his tried and tested formula?

We’ve demonstrated that we are capable of top half finishes when things align to help us achieve that. 2017 saw us finish 7th with games to spare and last season we were one of the form teams during project restart on our way to finishing 10th. But everything has to fall into place. It’s no coincidence that our lower finishes and relegation battles have come when we’ve had a reduced or disrupted pre-season, injuries to key personnel or a lack of funding from the board to help Dyche strengthen his squad.

Our style is evolving, you just have to look at some of the goals & chances we’ve created this season to see that the ‘long-ball’ tag is a lazy stereotype based on a few poor performances when, admittedly, creativity has dried up. Dyche always says you play however you have to in order to try and win. With all due respect, no-one will remember what style Fulham, West Brom or Sheff Utd used this season; just the fact that it didn’t work. Burnley’s priorities are always to survive first and then grow and develop second.

Do you ever see a day where Dyche leaves Burnley for a new challenge?

The rumour mill grinds out story after story about Dyche being linked with all sorts of Premier League jobs, but there are reasons why he is still here, eight & a half years on. For me, the primary one is that he is a sensible and low-risk person both on & off the pitch. He can see fellow managers getting sacked at the drop of a hat. He was a victim of it himself at Watford before he joined us. 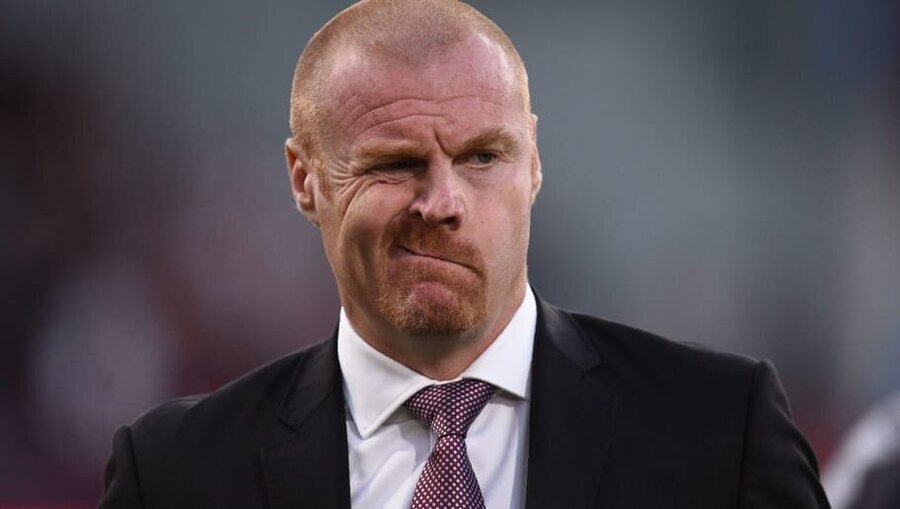 He’ll look at the teams in the league that would realistically come in for him and will ask himself, ‘Can I do any better with that squad than I am doing with this Burnley team?’ Finishing in the top half twice in three seasons would suggest that it is maybe not worth the risk. New owners coming in has probably bought us more time with Dyche in charge as it looked last summer like his relationship with the previous chairman had reached breaking point.

When he does go, I’m sure he will do it respectfully and make sure the club that he has built so much of is left in a strong position.

One player who has caught the eye whenever I have seen Burnley play is Dwight McNeil. How have you seen his season to date and is he someone who you think will commit his future to the club?

There has been a lot of pressure on his young shoulders for over a year now to be our main creative outlet and there were moments early on in the season when he looked exhausted. A timely minor injury gave him a mid-season break and the chance to reset and he came back better for it and rightly went to the U21 Euros over Easter.

Holding on to him will be a mammoth task but he seems quite a grounded person who, having already been released by Man Utd as a teenager, may be more cautious about jumping at a big offer too soon in his career that may see the amount of first team football he gets decline.

Can you talk about the importance of Ben Mee and Chris Wood to your overall progress over the years? From an outsider’s view, they seem to be influential figures that keep the squad ticking along.

Ben Mee is one of only a couple of players who pre-date Dyche at the club and his loyalty, commitment & work ethic in his time here have been fine examples for those joining the squad to look up to and respect. It was no coincidence that his return from injury in our 7th game of the season saw our form turn around and the team start to pick up wins and much needed points. His calmness and leadership on and off the pitch is something we Clarets fans are immensely proud of and we can see him playing out the rest of his career with us. 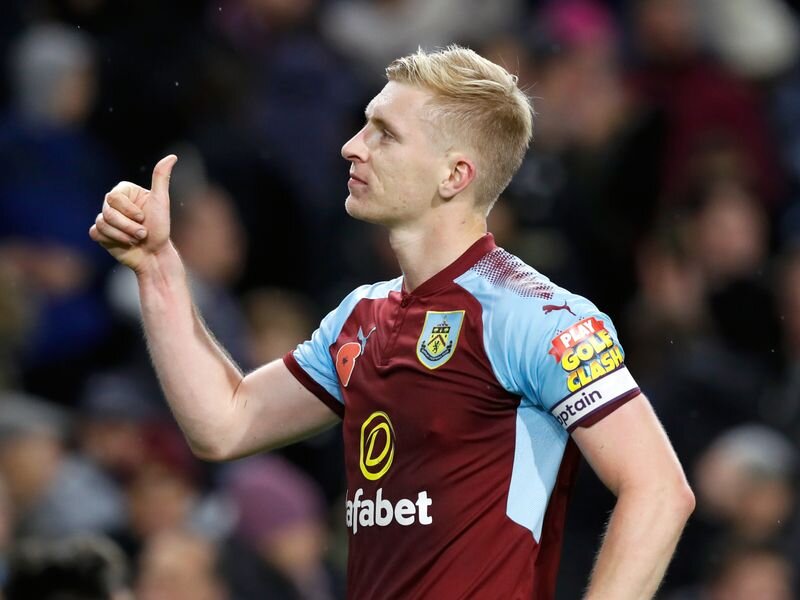 Chris Wood is rapidly looking like an absolute bargain as he has more than repaid the £15m we paid for him in 2017 with 4 seasons of 10+ goals in the Premier League, something only achieved by 6 other players. He had a barren spell earlier in the season, but we all knew that once he found the net again, he’d be back in form and 8 goals in 8 games has shown how vital he is to our survival. Again, he is someone who is calm and looks settled and happy at the club and will continue to lead our front line for the foreseeable future.

Wednesday shapes up as being a special evening for Football fans as they can attend games again. As a community minded club, how close is the bond between the players and fans?

In pre-Covid times the players gave up many hours of their time to visit and take part in all kinds of community projects and events. They never shy away from photos and autographs when arriving or leaving a ground and will take turns to do in-store appearances for hours at an end. I’m sure they will have missed having the fans in Turf Moor just as much as the fans have missed being there.

Our home form has suffered this season, we are currently on a 9-game winless run, at a place that has always been difficult for teams to come to (Pep has referred to coming to Burnley as like going to the dentist) and the sooner we can help the squad recreate the Turf Moor fortress, the better.

Over the last few years Burnley have proven to be a difficult challenge for Liverpool to overcome with some interesting talking points on and off the pitch. What do you believe are the key reasons in how you seem able to subdue the 2019/20 League champions?

It always seems to be the case when we play the ‘big 6’ teams, that if we sit back, let them play their way and show too much respect, then they walk all over us. If we choose to disrupt their play, get in their faces and show very little respect, all might I add within the rules of the game – Burnley have one of the best records for red & yellow cards - then it seems to level the playing field and give us a chance of taking an opportunity when it presents itself and causing an upset. We’ve seen this play out in both of our last visits to Anfield, both of this season’s matches against Arsenal and last season’s trip to Old Trafford.

In the last two games, Liverpool have arguably had their two most important wins for the season. Who do you feel is the player you need to contain the most to help get you a result?

It is always hard to look past your front 3, however difficult they’ve found things this year. Salah is still up there for the Golden Boot and hitting us on the break when we don’t have our shape and two banks of 4 behind the ball will be Liverpool’s best chance of securing a win. On top of that, some quality delivery from TAA & Robertson could also unpick our defence, particularly as we are likely to be without Pope in goal.

Have you got a score prediction for this fixture?

The reality of this fixture is that Burnley are safe and have a reputation for letting the intensity of their performances drop in the final games of a season, whilst Liverpool know that 6 points will see them qualify for the UCL which will be crucial to any summer business Klopp wants to do. The only unknown quantity is that there will be 3500 Clarets fans on the Turf for the first time in 15 months and they will be wanting to make it sound like a full house and show their team how much they missed supporting them in person and thank them for managing to get over the line in this difficult season.

This may prove to be the 12th man that Burnley need to cause an upset, however I think Liverpool will be too strong and we could see another tight game, with the Reds sealing the win late on. I’ll say 3-1 to Liverpool.