After a league victory that will live long in the memory, Liverpool return to Anfield to play Brighton on Saturday looking to continue their fine form. While in the past this fixture would have been viewed as a sure three points, the Reds will be coming up against a highly improved outfit and a manager in Graham Potter who is one of the most tactically astute in the top flight. While many teams throw up the white flag when coming up against the “big boys” Brighton proved that they are far from intimidated taking four points from the Reds, along with coming back from 2-0 down to defeat champions Man City last season. Currently sitting sixth, Scott from @wearebrighton discusses the improvement in the team under Potter and why Adam Lallana is so valued by the club hierarchy.

Nine games into the Premier League season and sitting in the top six, you must be pretty satisfied with your start?

Satisfied and surprised. A lot of opposition fans have pointed to the fixtures Brighton have faced and said that the reason we are flying so high is because they are ‘easy games’.

That though is what makes this start so good, as last season these were the exact type of matches the Albion lost. Whilst Graham Potter masterminded four points from Liverpool, three from Manchester City and three from Spurs, Brighton failed to beat any of the relegated sides home and away. In fact, the only team in the bottom eight we defeated were Newcastle.

It now appears as though Brighton have found a way to see off those clubs who we would expect to be around in the bottom half of the table. If the Albion can combine that with last season’s ability to defeat the European Super League elite six, then this could be one of the best campaigns Brighton have ever had. 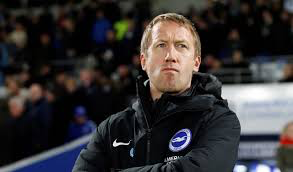 Can you talk to about the impact of Graham Potter. His backstory of managing a obscure team in Sweden, then taking over at Swansea before moving to the bright lights of the Premier League is fascinating. How has he changed Brighton following on from the fine work of Chris Hughton?

Getting rid of a safe pair of hands like Hughton was a huge gamble. The likes of Stoke City, Charlton Athletic and West Brom offer a cautionary tale of what can happen when you swap a solid, defensive manager in the hope of playing a more attacking brand of football.

Nobody can doubt now though that the change has worked out. There have been plenty of speedbumps along the way; Potter has overseen runs of two wins in 19 matches on two occasions, was responsible for a club-record sequence of 14 home games without victory and recorded the worst ever start to a top flight campaign in Brighton history last season

A lot of chairmen would have sacked Potter at various occasions over the past three seasons, especially when the Albion were on the verge of getting sucked into the relegation zone last January.

Tony Bloom therefore deserves an equal amount of credit. He stuck with his manager, looking at the bigger picture of how the club were progressing in terms of playing style and the profile of a younger squad rather than just focussing on results.

Potter still does make decisions that leave everyone scratching their heads, but he is a young and relatively inexperienced manager learning on the job.

Thankfully, they are fewer and far between then when people genuinely thought he picked his team using a roulette wheel last winter.

He will surely go onto bigger and better things than Brighton at some point, but it is doubtful he will ever work for a chairman like Bloom again.

It’s never easy to replace a key member of your squad like Ben White especially for a team looking to climb the table. Yet you presently have the equal fourth best defensive record so how have gone about filling that all-Important position?

The thing you have to remember about Ben White is that he was only the third most important centre back in our three-man defence last season. If Lewis Dunk or Adam Webster had been sold, then Brighton would have been in real trouble.

Instead, the Albion pocketed £50 million for White, tied Webster down to a new long-term contract and used existing assets to fill the space left by White.

Shane Duffy has been impervious since returning from his disastrous loan spell at Celtic last season. There was a lot going on in his personal life and the general consensus is that he has returned to Brighton more focussed on his football than he has ever been.

The Albion also completed one of the under-the-radar, bargain buys of summer 2020 when signing Netherlands international centre back Joel Veltman from Ajax for £900,000.

Veltman spent most of last season playing as a right wing back to cover for the injured Tariq Lamptey. He though is a central defender by trade, every bit as good on the ball as White.

With Lamptey now back and Marc Cucurella signed to fill the left wing back position, Brighton have an embarrassment of defensive riches.

While you sold White, you were able to keep hold of another important player in Yves Bissouma who was regularly linked to the Reds during the summer?  How do you think he dealt with all that transfer speculation and has he been able to knuckle down and perform to his usual standard during this campaign?

He has been as brilliant as he was last season. Quite why nobody came in for him in the summer is a genuine mystery. You can see how important he is to Brighton though – since he got injured against Leicester in September, we have not won a Premier League game, drawing with Arsenal, Crystal Palace and Norwich and getting thumped by Manchester City. 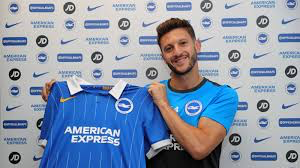 Adam Lallana was someone loved by teammates and managers alike at his time with the Reds. The fans had a rather mixed opinion of him mostly to do with his consistent injury layoffs. As a Premier League veteran with a number of honours to his name, what impact has he had with Brighton on and off the pitch?

Brighton have a very young squad and so it is Lallana’s experience and leadership which are arguably more valuable than what he contributes on the pitch, as you elude to.

When he is fit, he is a joy to watch. You still see glimpses of the vision and skills that made him one of England’s best midfielders circa 2016. When he is not fit, you still know he is contributing on the training ground.

A lot of eyebrows were raised when Brighton gave Lallana a three-year contract, but that was clearly designed to keep him at the Amex beyond his playing days.

The club have a very clear pathway for retired players who want to go into management to follow, one which the likes of Andrew Crofts, Gary Dicker, Steve Sidwell, Liam Rosenior and Bruno have all embarked on.

Brighton clearly see Lallana as having all the attributes needed to make a top class coach and that is part of the reason he was brought to Sussex in the first place.

In your opinion, what is the key element missing that can turn Brighton into a team that regularly finishes in the top half of the table?

A clinical striker. Most Brighton fans still have nightmares about xG, whereby last season we could have finished as high as fifth if we had lived up to our expected goals.

No new centre forward was incoming over the summer, which makes the Albion’s current lofty position even more impressive. The lack of signing was hardly a surprise – Brighton made a £67 million loss in 2019-20 and that figure will be even higher for 2020-21 with the covid-hit season.

The club do not have the money to go and chuck around £30 or £40 million on a striker, so instead we make do with what we have got. The result is that the Albion have not scored from open play for three matches now, but we still are not doing badly.

Your last visit at Anfield was a memorable one recording a deserved 1-0 victory, adding to the point collected at home in November. With Liverpool’s confidence sky high following the 5-0 triumph at Old Trafford, how do you think Potter will set up and look to nullify the many attacking threats of the home side?

I imagine that he will recognise this is a very different Liverpool side to the one who were struggling a bit – by your high standards anyway – when Brighton took those four points last season.

Having said that, I think he will nullify Liverpool by trying to get Brighton on the front foot. The Albion were terrific in the second half against City last Saturday once Lamptey and an advanced midfielder in Enock Mwepu came on.

City registered only one shot and that came in the final seconds – although admittedly, they did score from it. It is a different game away from home obviously, but I think the Albion will take heart from what happened when they took the game to Liverpool last season at Anfield too.

Have you got a score prediction for this fixture?