Liverpool’s 3-1 over Manchester City has put the club on course to win the top-flight crown for the first time in 30 years.

It would take a dramatic collapse for the Reds to fail to close out the Premier League title, boasting an eight-point lead over Leicester City and Chelsea along with a nine-point advantage over Manchester City after their triumph at Anfield.

Jurgen Klopp’s men have a strong squad, but no team is beyond need reinforcements, especially if the club are going to continue to compete on four fronts following their victory over Arsenal in the Carabao Cup. Mohamed Salah and Roberto Firmino have already been struck down by short-term injuries this season, while Xherdan Shaqiri in the depth position behind them has been ruled out for a period of time.

Joel Matip has been managing a knee problem, pressing Dejan Lovren into action at the back, while Joe Gomez is also an option. However, it could be a concern, putting further pressure on Virgil van Dijk to be available in all competition for two matches per week. 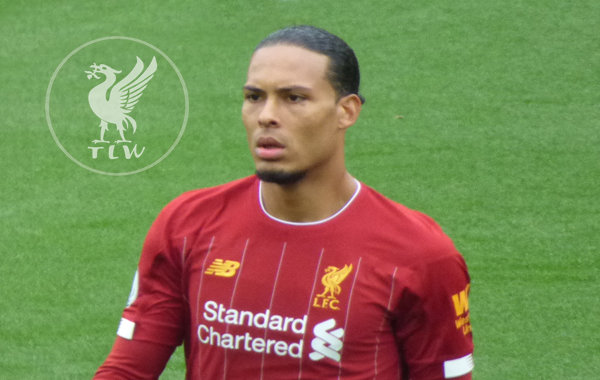 The Reds will be scouring the transfer market to ensure that they remain on course to lift the title come the end of the season and are currently being backed at 2/5 as of 14th November in the Betway football betting odds to end their drought. We’ll now look at three players that Liverpool could sign in January to push them over the line.

Liverpool’s front three has been the foundation of their dominant form over the last two seasons. The interchangeable play between Salah, Firmino and Sadio Mane has been the envy of almost every team across Europe. Without one of their forwards, the attack is not quite balanced, although Divock Origi has performed admirably in stepping up now and again, notching important goals.

However, the Reds will be targeting someone that can play in the same system. Kylian Mbappe would fill that role spectacularly and would surely confirm both the Premier League and Champions League crowns for the Reds. Klopp has already distanced himself from the Frenchman, citing that he would cost too much – a world-record fee.

Werner, on the other hand, would be affordable as he reportedly has a release clause of €30 million and has experience playing across the front line. The forward is a player on the rise and has the energy to fill the demands of Klopp’s system, boasting a keen eye for goal in the process, with 11 goals to his name in the Bundesliga this term. Werner could be lured away from RB Leipzig, providing intense competition in the final third as well as offering respite for the big three.

Liverpool have enough box-to-box midfielders, especially with Alex Oxlade-Chamberlain fit and firing once more after a difficult time due to injury. Georginio Wijnaldum, Fabinho and Jordan Henderson are the engine room of the team, allowing the front three and the full-backs to put teams under immense pressure in the final third.

Although the Reds are not short on creativity they could be lacking a midfielder with the ability to unlock def aences. A penny for the thoughts of Philippe Coutinho as he would be the perfect player for the role, but he chose to leave Anfield for Barcelona, only for his career to stutter since his departure. There was reported interest in a reunion, although it did not come to fruition as he ended up joining Bayern Munich on loan.

The Reds could target a younger player and someone in the mould of Grealish could appeal. He has great talent on the ball with the ability to slice open opposition defences. Whether the 24-year-old has the consistency at this stage of his development to become an integral part of the team is doubtful, but he would be more than useful to ease the burden on the starters. A bid in the region of £40m could test Aston Villa’s resolve for their skipper.

A real statement of intent from the Reds would be to move for the Senegal international. Koulibaly has been dominant for Napoli in the middle of their backline for five years. His ability was recognised last season when he was voted the best defender in Serie A. At the age of 28, Koulibaly may be eyeing a move elsewhere to achieve the success that has eluded him at the Stadio San Paolo.

Pairing Koulibaly with Van Dijk in the Liverpool backline would give the Reds the best tandem in the world. It would give them such a huge advantage over their rivals. It would be expensive, but it could be a move that locks down success on four fronts.