Williams: It was a night that we will remember for a long time - Latest News - The Liverpool Way Jump to content

Williams: It was a night that we will remember for a long time

Neco Williams has hailed the Fourth round FA Cup victory over Shrewsbury Town as a special night for the entire Liverpool team.The youngest starting X1 in the history of the club produced a composed performance well above their tender years.The Reds won the tie courtesy of an own goal from Shrews defender Ro-Shawn Williams which came from an cross from the Welsh right-back who was involved in many promising moves on the evening.Speaking after the game to the Official site, the 18 year-old was naturally over the moon with the performance.“It was just unbelievable.“I think it was a night that we’ll remember for a long time, especially the debutants. I thought the whole team dug in and we kept on going until the final whistle. 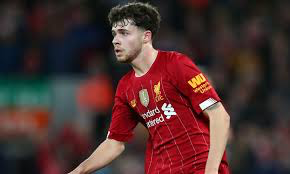 Williams gave particular praise to the crowd who was raucous in their support for the next generation of talent which meant the world to them.“I thought the crowd were excellent, they were there from the first whistle to the final whistle.“It was a special night for the whole team. “I’ve known some of the lads out there since I was about seven years old so you go through all the stages and to play a first-team game at Anfield with the crowd, and to get through to the next round, is just a special night for a lot of us.”Jürgen Klopp has trademarked the phrase ‘mentality monsters ‘ for the amount of times that his first team squad have overcome deficits and stayed strong in tough moments.Williams said that kind of strength has trickled down to the youngsters.“I think whatever team Liverpool puts out we’ll give everything we’ve got and leave everything on that pitch. “That’s what we’ve been doing this season, as you can tell from the league, and from when the young lads have stepped in and got results against the likes of Everton, Arsenal and obviously today.”