Harry Wilson is set for another loan spell with Cardiff favourites to land the Welsh international ahead of the Championship deadline at 5pm today.Wilson is deemed surplus to requirements at the Liverpool champions and has been linked to a host of clubs both in the Premier League and the second tier. Swansea were believed to be favourites until earlier this week but financial constraints meant that they could not get the deal over the line.The BBC reports that their Welsh rivals have come over the top and are set to land the highly prized 23 year-old for the rest of this season.The academy graduate has only made two senior Liverpool appearances and that is due to loan spells at Crewe, Hull, Derby and most recently Bournemouth.His performances under Frank Lampard at Derby during the 2018/9 season was a major factor in the Rams progressing all the way to the playoff final where they were defeated by Aston Villa. 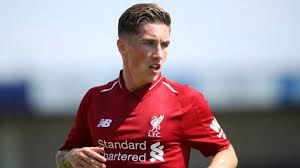 That brought some hope that the winger could be part of Jurgen Klopp’s senior squad but competition for spots in Liverpool’s midfield was fierce and it was thought another season on loan albeit this time at a Premier League club would be of real benefit.Klopp has often spoke glowingly of Wilson most recently after his outing in the League Cup where he missed the deciding penalty in the shootout against Arsenal.“Harry Wilson, my God, he played in centre-mid and defended well," he said after the game. "I like a lot of parts of the game but we lost in the end and that's the part I don't like.”Despite his promise, it seems like Wilson’s future lies away from Anfield.