Report: No plans to sell Origi in January

Divock Origi will remain at Liverpool for the rest of the season with the club set to reject any bids for the striker.

The current contract of the popular Belgian runs out in the summer, however it has been reported that he will trigger a clause in his contract if he makes a certain number of league starts.

At this point of time he has made ten appearances in all competitions, but is yet to make a league start and in fact has only played 38 minutes in total.

Cashed-up Newcastle is believed to have the most interest in the 26 year-old (who due to his contract running down is valued at around £10 million) as their key striker Callum Wilson faces a long time on the sidelines with a serious calf injury.

Origi himself is currently on the sidelines nursing a knee injury, which came at the worst possible time on a personal front and for the team as a whole. 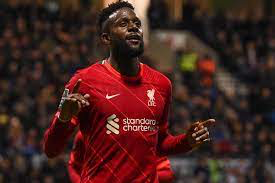 Despite being used in the back-up striker role for the large part of his Reds career, Origi has shown a remarkable knack of being the ‘man of the moment’ be it on the European or Premier League stage.

He looked like he was approaching that sort of confidence level, scoring three goals in his last four games, including a memorable winner against Wolves.

But with Mo Salah and Sadio Mane representing their nations in the African Cup of Nation tournament and Roberto Firmino just recovering from Covid, Origi is out of action with no timetable presently stated for his return to action.

It would have been the perfect opportunity to show his worth to possible suitors which reportedly also includes three Italian clubs.

Sky Sports say that Origi is very keen to remain in the Premier League giving the Magpies the upper hand in any possible transfer.

However it seems like there will be another opportunity for Divock to add to his iconic status at Liverpool.