Diogo Jota will be the next Liverpool star to extend their current deal according to a new report.

The former Porto and Wolves player has been with the Reds for two seasons and in that time he has proven to be a very important piece of Jurgen Klopp’s frontline rotation scoring 34 goals in 85 appearances in all competitions.

Jurgen Klopp and the other key decision makers have made a concerted decision to start the evolution of the squad bit by bit.

Additions like Harvey Elliott, Ibrahima Konate, Luis Diaz, Fabio Carvalho, Darwin Nunez and Jota himself will undoubtedly play their role in the present period of time, but in many ways they will carry the fortunes of the club well into the future.

We have seen many times over the years certain clubs ride the wave of success thinking it will never end and then end up in a whole world of hurt as they have not pre-planned for the next phase. This will certainly not be the case at Liverpool. 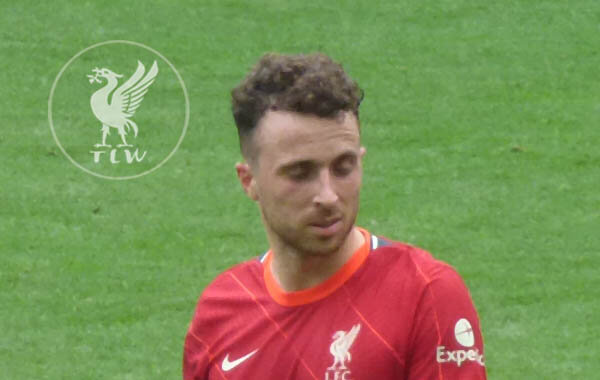 The existing deal of Jota expires in 2025 but according to the Telegraph negotiations have stepped up in recent times and it is speculated that the Portuguese international will receive a significant pay rise with the contract extension.

While he will miss the first Premier League fixture of the season against Fulham with a hamstring injury, it is hoped he will return to the matchday squad shortly after.