Origi: We showed our fighting spirit

Liverpool showed they are masters of the big moments once again after showing tremendous resolve to beat Newcastle 3-2 at St James' Park.After being pegged back twice by the home side, a Divock Origi header from close range in the 86th minute saw the Reds pick up a massive three points to once again pile on the pressure on Man City ahead of their clash with Leicester City on Monday night.While Newcastle had little to play for with their Premier League status already secured for another season,  you only have to ask Pep Guardiola how difficult a trip to the North East is to play Rafa Benitez's side.There was conjecture how the former Reds manager would treat this fixture especially with the way he feels about the club.But anyone who knows the man realises he is someone of great integrity and would have his team well and truly up for the challenge.With the front three that Jurgen Klopp has at his disposal, Origi has understandably been used in a bit-part role but as we have seen this season, his contributions have been vital.Speaking after the game, the Belgian said it was a match between two teams who didn't want to give an inch to their competitors.But it was the Reds who had just that little extra when it counted and Origi is just thrilled to play any role in the success of the side.The Liverpool Echo(via Sky Sports) reported the striker as saying:"Today was a big fight. We knew it beforehand."We came here with a big heart, it wasn't easy and you could see they were also willing to come back.

"But in the end we showed our fighting spirit and we got the three points."I just try to do whatever I can and I'm happy I'm scoring late winners. I'm happy for the team, it's very important for us."We work so hard and we know it's a crucial part of the season. And also for Mo who came out, we just felt like we had to fight for the three points."The magnitude of the week ahead will grow substantially if City drop points against the Foxes.But the Reds will once again have to do it the hard way with Roberto Firmino in grave doubt for the clash against Wolves after already been ruled out for Tuesday night's game against Barcelona with a muscle injury.While Mo Salah will be assessed after being carried off on a stretcher after suffering a head knock in the second half.It means that Origi could well be the beneficiary of the star duo's misfortune.The 24 year-old is taking it all in his stride. 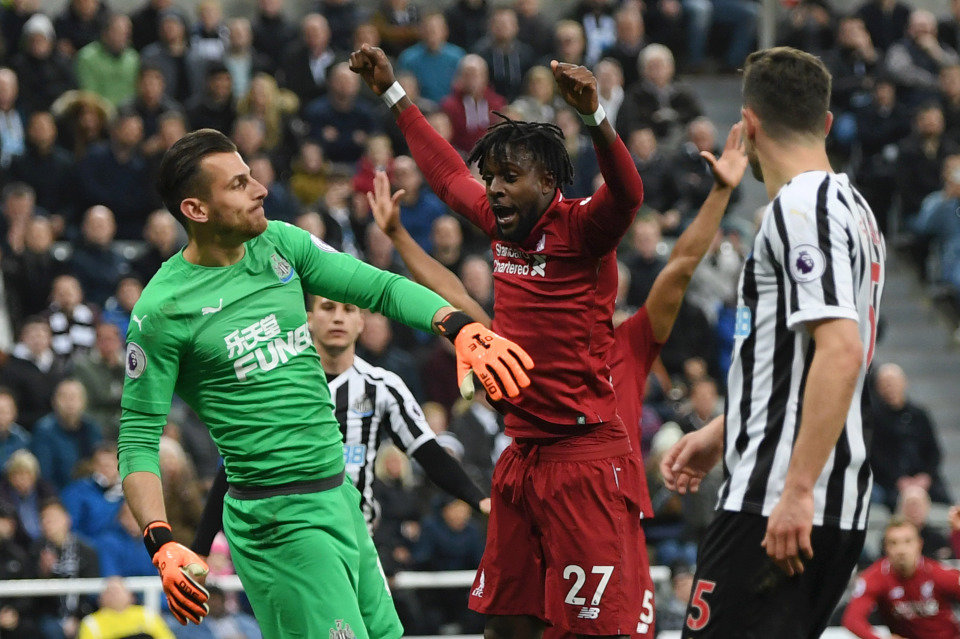 "It's a lot of emotion, but we have to control it. " It's very exciting, it's a special season and until now we did very well."We want to finish it off in style. Let's see how the remaining games go. We'll do everything to win everything and hopefully it comes out our way."