It’s become a running joke that next year is always Liverpool’s year but there is a growing sense of optimism surrounding Anfield under the tenure of Jurgen Klopp, who has developed one of the best attacks in the Premier League.

Klopp has brought Champions League football back to Merseyside, has redeveloped an exciting side in the wake of losing stars like Luis Suarez and Philippe Coutinho and, crucially, has younger players waiting to take the mantle.

The balance of attacking class with a composed defence hasn’t quite been achieved yet but strides have been made, following the club-record addition of Virgil Van Dijk in January, but a side boasting experience and youth has assembled to provide an assault for glory.

Whilst Manchester City may remain favourites to continue their dominance from this season, Liverpool are certainly in the discussion- and their long wait for league glory could be around the corner.

With 61 goals this season, only Manchester City have found the net more times than Klopp’s side and Liverpool have a devastating attacking line wth the likes of Mohamed Salah, Sadio Mane and Roberto Firmino consistently proving to be a thorn in the side of opposition defences.

The issue though has been at the other end of the field, where Liverpool have conceded 31 goals. On the Premier League’s top six, that’s by far the worst defensive record- conceding seven more than Tottenham in fifth, who have the second-worst defence in the top contingent of clubs.

Since the turn of the year, Liverpool have kept just two clean sheets in the Premier League and they came in routine victories over struggling Huddersfield Town and Southampton. Then there’s also the small matter of surprise losses, which include a 1-0 defeat to Swansea and a 3-2 loss to West Brom in the FA Cup.

Klopp has restored the attacking threat and has given Liverpool a new deadly front-line, which brings back memories of the Raheem Sterling, Luis Suarez and Daniel Sturridge’s successes under Brendan Rodgers, but work is needed at the back. 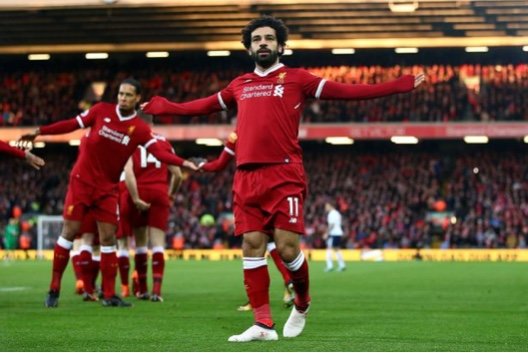 With work to be done on the squad, Klopp will continue his efforts from recent windows after landing Van Dijk in January and bringing Andrew Robertson to Anfield last summer- both of whom have become crucial members of the squad.

Klopp is likely to focus on his defence again in the close season, potentially signing a new right-back due to ongoing concerns regarding Nathaniel Clyne’s consistency, whilst he may also look to land a new first-choice goalkeeper and an elite defensive partner for Van Dijk.

One significant piece of recruitment has already been secured though, with Naby Keita set to move to Merseyside from RB Leipzig. A deal was agreed last summer and he may prove to be a key missing piece of Klopp’s puzzle.

With Keita joining a midfield that already includes English trio Adam Lallana, Alex Oxlade-Chamberlain and Jordan Henderson, Liverpool will have the depth required to battle on all fronts- and that will be crucial.

As mentioned briefly earlier, Liverpool have struggled to secure regular form. The turn of the year has seen them enjoy a thrilling victory over Manchester City and a drubbing of Porto in the Champions League but, accompanied by losses to Swansea and West Brom, there’s still work to do.

Liverpool learned from their unsuccessful title charge under Rodgers that slipping up against the smaller sides, as they did in the run-in against Crystal Palace, can prove to be the downfall at the business end of the season- and they’ll need to remove this problem from their game if they’re to end their long wait for Premier League glory.

Manchester City haven’t always been at their best this season but Guardiola’s side have managed to grind out significant results on days where they struggled, which is something that Liverpool have failed to do in recent campaigns.

Now boasting impressive depth, Liverpool can build towards those performances next season and their array of talent will be able to put in decent performances across all competitions, including the Champions League.

What’s in their way?

The biggest hurdle to overcome is of course Manchester City, who have been by far and away the best side in England this season and show no signs of stopping- so they’ll be expected to retain their crown next year.

On top of this, Manchester United are likely to throw money at their squad again in an attempt to get back to the top and there’s also likely to be a response from Chelsea and Arsenal, both of whom have reasons to be disappointed by their seasons.

Tottenham Hotspur, meanwhile, have shown in recent years they’re now well established amongst the Premier League’s elite and it leaves six sides with genuine hopes of success- and Liverpool still have to prove their capable of leading the way.