After running Pep Guardiola's Manchester City as close as we possibly could last season and reducing our one time 14 point deficit to them, right down to a single point in the battle for the Premier League title, manager Jurgen Klopp can still be proud of our double domestic cup successes in the FA Cup and the EFL Cup.

With the big kick off to the 2022/23 campaign nearing and build up well underway to Friday evenings opening game as Crystal Palace manager Patrick Vieira welcomes Mikel Arteta's Arsenal side to Selhurst Park, Liverpool's preparations for Saturdays early afternoon clash with Fulham at Craven Cottage continue at pace and fans will now find it incredibly difficult to get football tickets Liverpool for the game this late on.

Despite our moves in the summer transfer market so far (the arrivals of Fabio Carvalho and Darwin Nunez, and numerous departures including Divock Origi and Neco Williams), our business clearly is not done yet and one of the main pieces of speculation right now concerns another player leaving, with 25-year-old centre back Nat Phillips expected to depart Anfield again, but this time on a permanent basis.

Speculation about his future has been around for a while, with newly promoted top flight sides Bournemouth and Fulham very heavily linked with him - however, the potential sticking point appears to be that Liverpool themselves seem to want around the £10 million mark for his services. 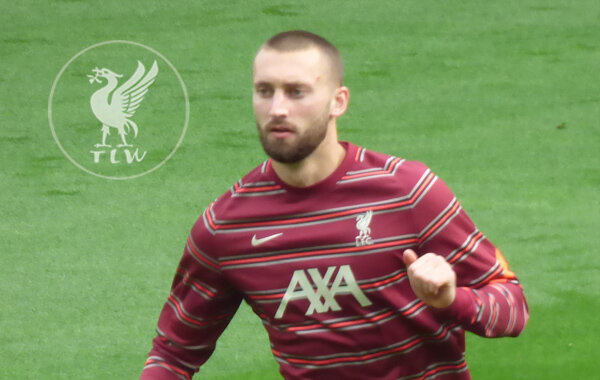 Having come through Liverpool's Academy set up, Phillips spent a two year loan spell out with German Bundesliga side Stuttgart, making a total of 17 starting appearances in total, with a further five showings from the substitutes bench. Having spent the second half of last season out on loan at Dean Court, making a further 18 starting appearances - Liverpool's valuation seems incredibly high for someone of his experience and overall game time, and even during his time with us, he has only featured 24 times in total.

That is certainly the opinion of journalist Luke Edwards. Having recently appeared on BBC Sounds Transfer Gossip Daily podcast, he explained.

"He’s 25 and he’s only made 17 first-team appearances for Liverpool. He seems to have been on the fringes of their first team for a while. He was on loan at Bournemouth last season and did really well, and I think they would like to sign him permanently. Fulham are also interested. Both of those clubs are looking for players who are good enough to keep them in the Premier League and probably not much else. They are looking for players who are top six in the Championship, bottom six in the Premier League."

Edwards did acknowledge that Phillips' time at the club was most certainly over, and he felt that ultimately a compromise would be made that saw him leave for significantly less before the transfer window slams shut.

"His time is over at Liverpool, I think he would be the first to accept that. Liverpool have been trying to sell him for a while now, which suggests to me that the £10m asking price is too much. But I think we will see him move on this window before the deadline."

With so many departures so far, Phillips will almost certainly join that list at some point before we tick into September, but fans will naturally keep a closer eye on further potential incomings as we look to end Guardiola's chase for three successive titles.