Liverpool forward Mo Salah could face being banned for the remainder of the Reds’ Premier League matches, after he was seen appearing to throw a punch at Stoke City defender Bruno Martins Indi in the 0-0 draw between the two sides on Saturday afternoon.

Referee Andre Marriner did not react to the incident during the game, which means that the FA’s three-man disciplinary panel could well look at the footage and decide whether there are sufficient grounds to take action.

Were they to determine that the episode was deliberate and merited a red card, the Egypt international could see himself banned for the rest of the season retrospectively, which would severely hamper his chances of landing the Golden Boot.

The 25-year-old currently heads Harry Kane in the race to be the top scorer by five goals, although Liverpool have played two more matches to Tottenham, who take on Watford at Wembley Stadium on Monday evening.

Kane is priced at 16/1 for the World Cup Golden Boot bet he maybe an outsider for that accolade but he clearly has intentions to retain the domestic Golden Boot. He showed that to be the case when he went to strong lengths to claim a goal against Stoke City recently, despite video footage struggling to find him getting a touch on the ball. 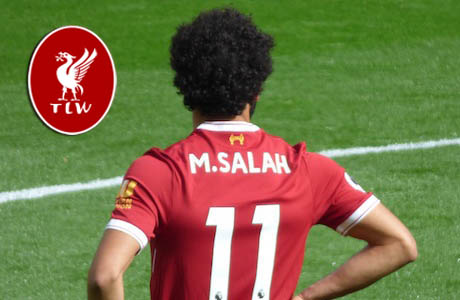 If Salah is suspended for Liverpool’s final two matches, Kane would need six goals from four matches at home to Watford, away to West Bromwich Albion and at home to Newcastle United and Leicester City, to overhaul the Egyptian and finish as top scorer.

It might be that even if the former Chelsea and Roma man is not banned, the Liverpool forward has played his last match in the Premier League this campaign. That is because the Reds look to protect a 5-2 lead in the Champions League semi-final at the Stadio Olimpico on Wednesday evening, and if they successfully hold on to that advantage, their priorities will surely turn to the final of that competition in Kiev on May 26.

Tottenham will not be able to ease up in their final four matches with Chelsea having closed into three points behind them in the race for a top four finish, so it should be expected that Kane will play the majority of minutes remaining in their season, as they look to secure a passage into the Champions League for 2018-19.

Regardless of any retrospective punishment that may or may not land at the door of Salah, it is clear that the race for the Golden Boot is not over just yet.