All the variety of today's football results

It is becoming much easier to find out the current today's football results, because all relevant information is presented on the website of sports statistics, where all the info is updated as quickly as possible.

The new season began for Italian Roma not too successfully. This is not surprising, given the problems faced by the Wolves. A number of important players left the team this summer, including Nzonzi, El Shaarawy and Schick. There are some changes of coaches as well. The Romans are now led by Paulo Fonseca, previously known for working with Shakhtar Donetsk, but who didn’t have the experience of a mentor in top leagues. 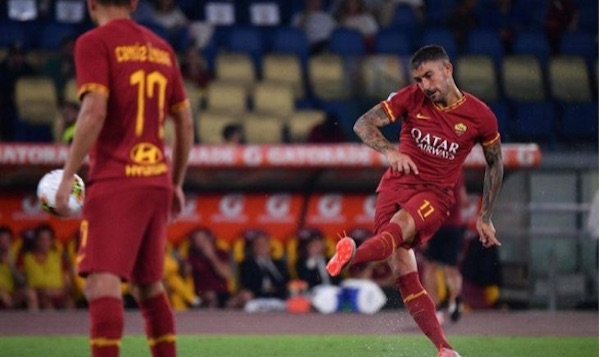 As a result, today’s football results weren’t the best in the starting tours. Of course, nothing bad happened, but the team that sets the task of getting into the top 4 of Serie A at the end of the season should act more actively and not lose points in meetings with less powerful opponents.

It is possible that difficulties regarding the game will accompany Roma for a long time, because the team was active in the transfer market until the very last hours of its closure. Beginners will need some time to adapt, but the championship is already gaining momentum.

Among the key acquisitions of the Wolves at the final stage of the transfer window, we can note the following players:

It is noteworthy that all 3 football players represented belong to English clubs and will play for the Romans on loan.

Team success at Serie A

In the end Roma managed to strengthen its position for a more successful performance in Serie A, but there are many questions regarding their transfers.

Firstly, the newcomers didn’t undergo pre-season training with the team and joined basically during the season. This may affect their acclimatisation in the team. Secondly, all the football players on loan turned out to be unneeded for their English clubs, plus they are older players. Of course, Roma is a very good opportunity for them to revive their careers, but will they find enough motivation?

The team has very big challenges for the current season in Serie A. And it’s a big question whether the team of Fonseca will be able to fulfil them at once. The Wolves look quite “heavy” at the start, although the situation can always change in their favour.

In any case, there will be a busy and eventful season. Keeping track of all of them is easy on the website of sports statistics, which provides only reliable information about past and upcoming games of the team.