"One day we will beat Manchester United, I promise you that." Those were the immortal words from Gerard Houllier after a gut-wrenching 2-1 defeat to the Red Devils at Old Trafford in January of 1999.

Houllier was never a manager chasing headlines with the way he spoke, but the Frenchman saw something in the team he had taken sole ownership over just a few months before after initially sharing the role with Roy Evans.

It had been close to ten years of misery when playing at the home of Liverpool's arch rival and the last minute loss in the fourth round FA Cup clash felt like it was a tipping point.

Fast forward nearly two years later to December 2000 and Liverpool were doing a fine impression of their inconsistent selves, sitting sixth in the Premier League table and coming off a home defeat to recently promoted Ipswich Town.

It was hardly the positive mindset required as the Reds prepared to meet their bitter rivals, who were just coming off their treble season and already had opened up had a five point lead half way into the 2000/1 season. If the challenge wasn't already daunting enough, Man United had not lost a league home game in two years.

The early stages were keenly contested but the Reds were showing they were well and truly up for the battle not giving their opponents any space. Midfielder Danny Murphy tested Fabian Barthez in the United goal from long distance on the half hour mark, and that was the perfect sighter as he prepared for a free-kick after a blatant handball by Gary Neville ten minutes later. 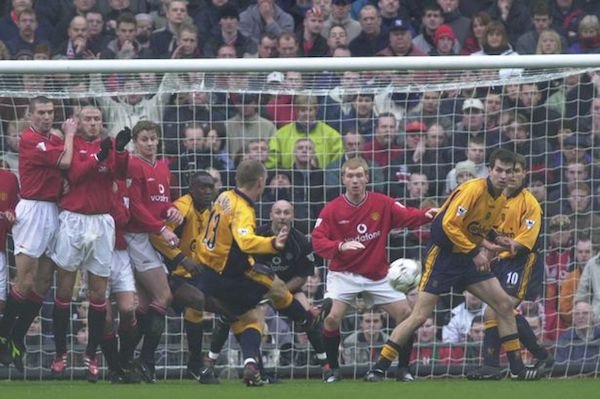 Murphy executed his dead-ball delivery with perfection from 20 yards, curling the ball inside the left-hand post of Barthez and leaving the Frenchman flat-footed. The players and away fans were ecstatic, but in the back of their minds all would have realised that we had been here before and there was plenty of hard work to be done in the second 45 minutes.

The central defence pairing of Sami Hyypia and Stephane Henchoz were superb in dealing with any incoming crosses from the likes of David Beckham and Ryan Giggs and with Michael Owen up front, there was a significant threat available on the counter -attack.

Naturally there were a few scary moments, but the more United pushed for a equaliser, significant openings emerged in their defence and so that proved when Vladimir Smicer was hauled down by substitute Luke Chadwick leading to a straight red card.

Soon after, the final whistle blew and a famous victory had been registered on enemy soil, more than 10 years since the last win (March 1990 to be exact). It began a run of four consecutive league wins against Man United with Murphy yet again proving to be the match winner at Old Trafford in the 01/02 and 03/04 seasons. It's a shame Betfair promo codes were not around back then! 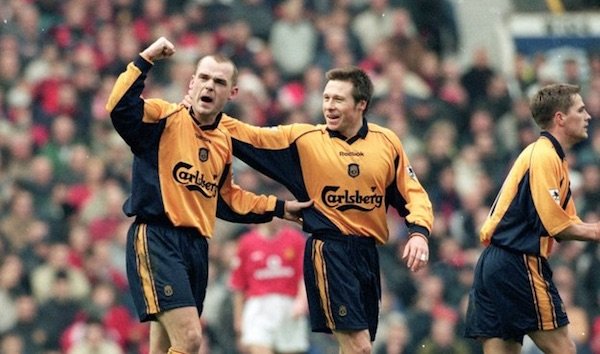 You look for important signs during the course of the season and that win (along with the 4-0 rout against the Gunners the week after) showed that the team was on the rise. While there would be some bumps along the road, the resilient nature of this victory was worth its weight in gold for the challenges that lay ahead.

The ability to produce under pressure ended up being the hallmark of this squad as they went on to win a treble of their own, along with securing Champions League qualification which made up for the heartbreak of falling at the final hurdle in the previous season.