Henderson: The performance was brilliant and it was a big three points - Latest News - The Liverpool Way Jump to content

Henderson: The performance was brilliant and it was a big three points

Jordan Henderson has spoken with delight about Liverpool’s ability to go to another level when challenged as they recorded a come from behind win against Tottenham on Sunday evening.The Reds fell behind in the first minute after Harry Kane was on the spot to head home after Son-Heung Min’s initial shot hit the woodwork.While this sort of setback would knock many sides off their game, Liverpool are not referred to as ‘mentality monsters’ for no reason and responded in kind.The Captain played a major role in the comeback by scoring the equaliser seven minutes after the half-time interval.Henderson is hardly what you call a regular goal scorer, having scored one a season in the previous three campaigns.However when he does hit the back of the net it carries a level of importance, like the screamer against Chelsea at Stanford Bridge in 16/17 and the sealer at St Mary’s against Southampton last season.Speaking after the game Henderson was thrilled with the overall performance as the Official Site reported:“It’s always nice to score, especially at Anfield in front of the Kop. It was to get us back in the game, which was important.“ We worked hard for it but deserved it, I thought.“The performance was good and the chances we created were very good; the ‘keeper made some top saves.

"We kept going, showed great mentality and deservedly got the three points.“ I was disappointed with the goal we conceded because I gave the ball away in a sloppy area.

"I was delighted to react in the right way and manage to get on the scoresheet.“The performance was brilliant from the lads, we deserved the three points and it’s a big win for us.” 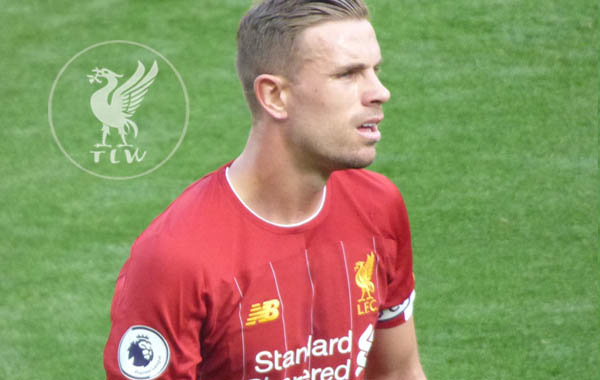 Henderson knew coming into this fixture that despite their current placing, Tottenham would give them a stern test.“ We know when they come here they put on good performances, they are good players.“They are obviously going through a difficult time at the moment in terms of where they are in the league but they are still a top team and on their day they can beat anybody.“We knew that, we had to be prepared for that and we were. We kept going right until the end and thankfully, we got the three points.Henderson said there were no nerves at the half time break, instead the instructions were to keep what they were doing.Plus they knew that the fans would play a major part and so it proved.“The crowd was unbelievable again and kept us going right until the end – that was important.“Overall, the performance was really good, it’s great to come back from 1-0 down against a good side in Spurs. We’re delighted. Now we need to recover and focus on the next game.”