What can get in the way of Liverpool winning the 2019/20 Premier League? - Misc Articles - The Liverpool Way Jump to content

What can get in the way of Liverpool winning the 2019/20 Premier League?

Although there were concerns in pre-season regarding potential defensive frailties that were beginning to be exposed, Liverpool have conceded just five goals in their first six games.

In fact, you could now argue that Liverpool have developed something of a steely rearguard action, ready for when the chips are down. In Oddshecker’s latest betting previews, it was revealed that Liverpool had won only one of their last seven encounters with Chelsea, so their recent gutsy 2-1 win at Stamford Bridge has further served to underline the Reds’ title credentials this term.

Reds fans could be forgiven for becoming somewhat complacent about their title chances given that rivals City have looked a little less invincible so far in 2019/20.

Nevertheless, there will always be bumps in the road along the way. This article looks at the potential hurdles and pitfalls lurking that could inadvertently derail Liverpool’s EPL aspirations.

Former Liverpool and England striker Emile Heskey believes that the Reds’ lack of options in the final third could be one of the main dangers to their title dreams. Heskey believes that when the Reds “take Salah, Mane or Firmino out, it’s not quite the same”. Heskey feels that City’s “better blend” could eventually prove decisive, just like last season. Salah has scored four league goals in his first six games, along with three assists, to cement him as Liverpool’s number-one attacking threat.

Nevertheless, Sadio Mane also has four goals to his name, and the increased rivalry between the pair should only be a positive for the team. Injuries to either Salah or Mane could have devastating consequences this term, although Klopp will have the January transfer window, despite it being a notoriously tricky period to get big deals done.

An injury setback for Alisson Becker 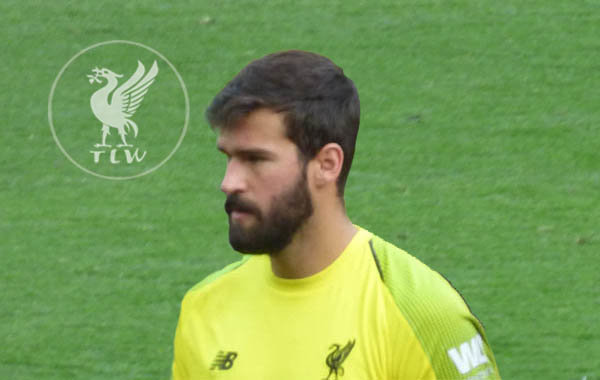 It was a bitter blow for the Reds' faithful watching star keeper Alisson Becker be substituted on the opening day against Norwich. Alisson admitted at the time that he felt his calf “explode”, which is never a good sign. Nevertheless, he has confirmed in recent days that his recovery is progressing well and he plans to return to action in October.

Alisson’s presence and distribution are just two of the reasons why he is the newly-crowned Best FIFA Men’s Goalkeeper, so any setback in his rehab would be a blow to Liverpool’s title hopes – despite the valiant performances of deputy, Adrian of late.

In recent weeks, Reds boss Jurgen Klopp has cast a huge shadow over his long-term future at Anfield. The club is reportedly keen to negotiate a lengthy new contract for Klopp’s services, putting their faith in him after last year’s Champions League success and narrowly missing out on the EPL title. However, Klopp has admitted that he couldn’t predict what would happen “in two or three years” when his current deal expires in the summer of 2022.

Klopp’s agent, Marc Kosicke, had also jokingly claimed that the dreary English weather could have a bearing on Klopp’s decision to extend his stay on Merseyside. Although Klopp tried to pour cold water on those suggestions, labelling Kosicke’s comments as “German humour”, concerns are growing on the terraces that Klopp’s mission could be nearing an end.

This in turn could have a negative bearing on the squad, who have shown tremendous faith and loyalty in the former Dortmund coach.

Nevertheless, Klopp is right in some aspects. Two or three years is a long time in football. The pragmatic German will continue to take it one game at a time in his quest to bring Liverpool their first title in 30 years.