Much made of Liverpool’s tough opening, but international breaks will offer respite - Misc Articles - The Liverpool Way Jump to content

Much made of Liverpool’s tough opening, but international breaks will offer respite

From the moment the fixtures for the 2015/16 Premier League season were announced, Liverpool’s tough opening on the road fell under the microscope and saw difficult questions asked of a side that flattered to deceive a year on from mounting a sustained title challenge.

There is no getting away from the fact that the Reds face a fierce examination of their credentials away from Anfield in the first four months of the campaign – with one hurdle safely negotiated at Stoke City on Sunday, but there still some six to clear before the end of November.

Before attention starts to drift towards Christmas, Brendan Rodgers’ side face trips on the road to Arsenal, Manchester United, Everton, Tottenham Hotspur, Chelsea and Manchester City.

It is this run which still has them priced at odds against with the likes of 32Red to secure a top-four finish, with there a feeling that – as was the case in 2013/14 – Liverpool may be left with too much to do come the turn of the year to fire themselves into that particular pack.

It must also be noted, amid all the talk of away day doom and gloom, that the likes of West Ham United, Southampton, Crystal Palace and Swansea City will visit Merseyside before December is welcomed in - with there few gimmees to be found there. 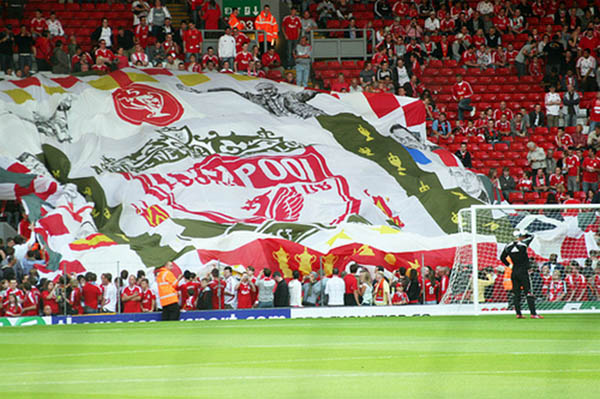 There are, though, positives to be taken heading forward and every reason to believe that positive momentum can be established by breaking the schedule down into smaller, less concerning chunks.

International breaks may be the work of the devil in the eyes of many top-flight bosses – and there remains the threat of them doing more harm than good to Liverpool on the injury front – but they will at least offer respite from the pursuit of precious points on a regular basis in the coming months.

With three already on the board, and three games to come before the focus shifts again towards Euro 2016 qualification, a quick look at the fixture list suggests the Reds have every reason to believe that they could be proudly perched on at least 10 points before their squad is split by country commitments.

Rodgers’ men are, and will continue to be, strong favourites to see off newly-promoted Bournemouth in their next outing, with bookmakers across the board, including the likes of 888Sport, backing the Reds at odds on to make it back-to-back wins at the start of the season.

Liverpool also have a home date with West Ham to look forward to at the end of the month – a side that has never won at Anfield in the Premier League era, with that unfortunate run now stretching back some 19 games.

Sandwiched between those Merseyside meetings is a day out at the Emirates, but even that should be approached with a positive mindset and – if two wins have already been secured prior to it – considered to be a clash in which a stalemate with a potential rival for Champions League qualification would be no bad thing – with 32Red currently pricing a draw at 13/5.

After the first break of the season, Liverpool will then face what could be a similarly productive month – with an eagerly-anticipated tussle with United at Old Trafford followed by winnable battles with Norwich City and Aston Villa in front of their own supporters.

Rodgers’ troops could be flying by the time they part ways again at the end of September, while the coaching staff will be given ample opportunity in which to piece together their plans for what will be the toughest month of the campaign – one which brings Everton, Tottenham, Southampton and Chelsea to the table.

Again, though, there is no reason to fear such a run.

By then, the fresh faces drafted in over the summer will be fully acclimatised to new surroundings and colleagues, with the hope being that defensive solidity will have been returned while the likes of Danny Ings, Roberto Firmino and Christian Benteke will be giving opponents nightmares at the other end of the field.

There is also the fact that when the final whistle blows at the Etihad Stadium on November 21, Liverpool will, with only a third of the season gone, have faced all of their biggest challenges and be pushing on in the knowledge that all return dates with their biggest rivals for a top-four berth will be staged in their own backyard – putting the ball firmly back in their court and their fate in their own hands.