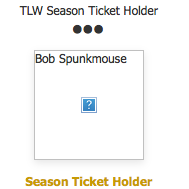 Ever shagged someone famous?