Westerveld: Virgil reminds me of Hyppia

Virgil Van Dijk has deservedly won many accolades since arriving at the club at the beginning of 2018. His class and composure has been clearly evident, along with the rare ability to make those around him better players.Liverpool fans and general football observers know just how important the big Dutchman is to the overall success of the team.Former Reds goalkeeper Sander Westerveld had the good fortune of playing with one of the most imposing defenders of the modern era in Sami Hyppia.What the big Finn lacked in pace, he made up with his terrific ability to read the play and knowing exactly where to position himself to neutralise the main strengths of his opponents.If a ball was coming into the 18-yard box, Hyppia's head would be the first to meet it.Westerveld who played for the Liverpool legends against AC Milan at Anfield on Saturday, said there were clear parallels between Van Dijk and Hyppia.The Official site reported Westerveld as saying:'Sami and Virgil are pretty similar."Look at the way when Sami first came in and straight away he made a difference. "Sami played in Holland before he came to Liverpool and he learned to play with his feet, which is what Virgil can do."All the good things you have about Virgil, Sami had as well and it gave me confidence as a goalkeeper to have someone like that in front of me."Even if you couldn't come for a cross you knew Sami would be there to always help you out. "He would never panic, he would take his time - he was everything you want in a defender, which is what we have now and what we had in Sam.Westerveld said that Van Dijk had a solid apprenticeship before his big move to the RedsBut for the former gloveman, the main thing that stands out has been Virgil's ability to embrace the pressure that playing for Liverpool brings which has made him such a terrific player. 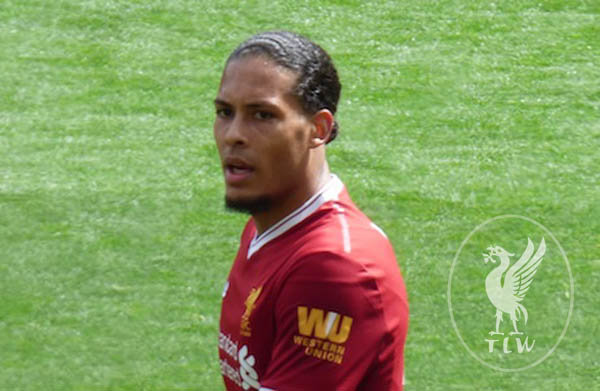 "All the credit to him. "When he came to Liverpool there was such big pressure on him.

"Yes, he played for Celtic and Southampton, but Liverpool is just a special club."Scoring a goal on his debut in the Merseyside derby helped and straight from day one I think he made a difference. "He plays almost perfect in every match, every week. Even if he makes a mistake, we still win games."Virgil is the perfect defender. He has got everything you need and I hope he can stay at Liverpool for 10 more years."Westerveld also passed comment on another of his countrymen in Gini Wijnaldum, a player he says who has similar traits to a former hard working forward."Gini is one of those guys like a Dirk Kuyt who you see in the commercials with the batteries and the rabbits that just go on and on."He is just an amazing player and he has showed that during the last couple of years at Liverpool just how important he is, and you can see when he is not playing how important he is."Talking about what you need in midfield, he is ticking all of the boxes and at the moment he is amazing."