Van Dijk: Title win will not be an anti-climax - Latest News - The Liverpool Way Jump to content

Van Dijk: Title win will not be an anti-climax

Virgil Van Dijk says the gloss of their looming Premier League triumph has not been erased despite the extraordinary circumstances that is happening before our very eyes.The statement on Friday that the Premier League has been put on hold for the foreseeable future due to the rapid spread of the deadly coronavirus was not a surprise to many, but it is a case of the most unfortunate timing for a club like Liverpool who are on the cusp of monumental moment in the clubs illustrious history.When success comes your way, there is always going to be those who are negative and look to take the shine from that achievement.The comments of West Ham vice-chairman Karren Brady saying that the season should be null and void were rightly taken to task.Former Arsenal and England striker Alan Smith was not so strong in his sentiment, but he believed that a asterisk would be attached to this season through no fault of Liverpool.In his piece for the Evening Standard, Smith wrote:If Liverpool do eventually get crowned, it’s going to prove a massive anti-climax, so I can’t help but feel sorry for the captain Jordan Henderson, Sadio Mane, Mo Salah, Virgil van Dijk and all who deserve every plaudit going for a magnificent effort. “Their consistency of performance has been something to behold.“More generally, the club is run with fantastic precision.

"The management, recruitment, attitude and ability have been fine tuned to an impressive degree.

"After years of hard work, it has all come together in spectacular fashion.“Yet, the history books look set to include an important asterisk next to the 2019/20 season.

"This period will be remembered for a virulent bug rather than the club that came out on top.”However Van Dijk disputed that theory saying it will be an extremely memorable moment.The Sunday Mirror reported the talismanic defender as saying:“Will it be an anti-climax? What do you think? “No! We should enjoy it even more because of the wait.“To win the league here is something that we can all be remembered for and will be remembered for.“We should just go for it and we are very close now. Just enjoy it.”“We don’t play for records, we play for trophies.

"It has been so long I wasn’t even born and is something the club is definitely hungry for.”So let’s just go for it and see what happens in the next weeks and months and be positive.” 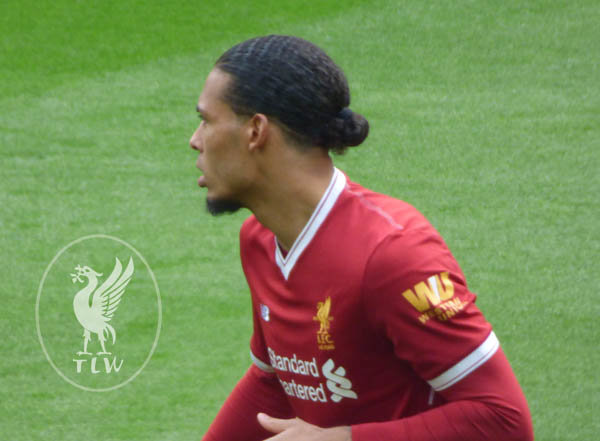 Rightly seen as one of the outstanding players of this current era , Van Dijk is not someone to forget the hardships he has had to overcome to get to this moment.“I don’t take my personal journey for granted at all and it makes it special for me and my family and it will always be. It is why it is easy for me to deal with pressure.“I have been young and playing in lower league teams in Holland and coming to the Premier League and winning it will be outstanding.“The same goes for winning the PFA Player of the Year last year and UEFA Player of the Year.“Those moments will be up there are well, but that said I won’t take anything for granted.“Coming from where I have in football, through Willem 11 to Groningen and then on to Celtic before Southampton and Liverpool, of course it will make it mean more.When that magic moment finally arrives, Van Dijk knows who he will dedicate it to."My wife and kids, I guess They sacrifice so much day in and day out.

"What they do for me and our life is incredible and are a big part of my success and I remind them every day of that.”