Van Dijk: I want to be known as a Liverpool legend - Latest News - The Liverpool Way Jump to content

Van Dijk: I want to be known as a Liverpool legend

From the moment Virgil Van Dijk walked through the doors at Melwood at the end of 2017, you had a sense there was something just a bit special about him.It was quite the ordeal to bring Van Dijk to the club with claims of illegal tapping up of the player by Southampton and negotiations between the two clubs coming to a grinding halt.While it would have been easy for Jurgen Klopp to walk away and look elsewhere, it was a indication of how highly the German rated him that he was so determined to get his man come what may, especially with Man City and Chelsea lurking ominously.There was the usual jokes about Liverpool returning to their 'feeder club' to sign another player, while there was also questions whether the Dutchman was worth the world record fee for a defender.But from the moment he graced the Anfield turf in the third round FA Cup clash against Everton, you could see the sort of aura he has.While he was not at his sharpest in that fixture due to the fact that he had not played for a few weeks, he still managed to have a impact by scoring the winner.In his following 53 appearances, he has certainly made his teammates walk taller by his presence, in the process making them better players.The Official site reported on a conversation Van Dijk had with the BBC Football Daily podcast, where he outlined his goals for the future and how he wanted to be remembered once his career is done."That’s a difficult question, but maybe as a legend of Liverpool."At the moment, that’s something that comes to my mind. I want to achieve great things, amazing things, here. "We have a fantastic squad, we have everything, we have all the tools, but obviously we have to do it.“For us, we have a team in the league that is pretty good as well [Manchester City] that are doing fantastic. We’re matching them at the moment and we will see what happens. 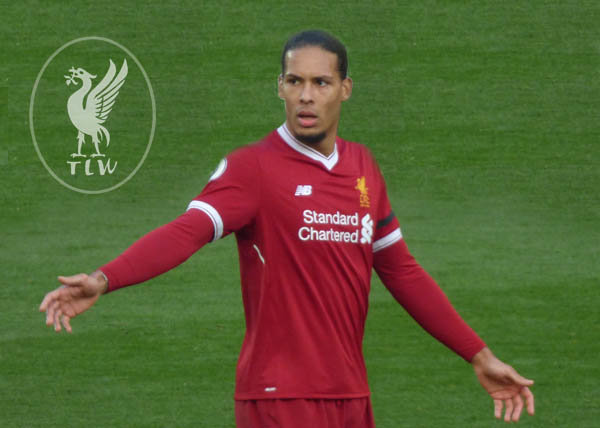 Van Dijk also talked about his overall emotions when he met some of the greats of the club for the first time.“Before I started training [with the club], I went to the game against Leicester [in December 2017]. "I was in the boardroom and met so many legends, great players who played for a beautiful club."When you play for this club, you'll always be welcome as you've been part of the family. It's one of the reasons I definitely wanted to play for the club.”Over the years, there have been countless times that a player declares their undying love for a club, only to leave a couple of years later as Liverpool fans know all too well.So while it may be too early to pop the champagne corks just yet, you get a feeling 'big Virg' is the kind of person who keeps to their word.He is well aware of the lengths that the club took to bring him to Merseyside and he wants to repay them in full.“I just want to give everything for this club. They went all out to get me and I want to give everything for them and hopefully make sure we achieve great things.Virgil has a job to do and it is clear he won't be satisfied until it is successfully achieved.