Daniel Sturridge is focussed on enjoying the feeling of team success and not looking at what lies ahead in his own football future.The 29 year-old is strongly expected to leave the club in the summer with future opportunities set to be few and far between in the seasons ahead.That is especially the case when you take into account the overall improvement of Divock Origi and the emergence of youngster Rhian Brewster who in all likelihood will get a good deal of first team minutes next season.Having been a long time member of the Reds squad and experienced plenty of highs and lows on a professional and personal level in that time, Sturridge wanted time to soak up magnitude of the Champions League victory against Tottenham. 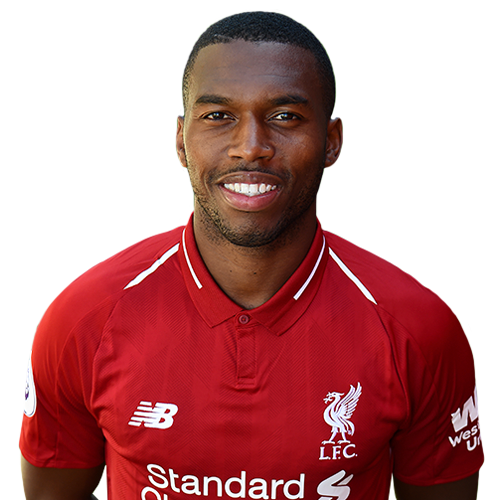 Sky Sports reported the striker as saying:"What's important now is celebrating something so momentous, something we were striving for, working for a long time. "To finally win something is amazing."It's my second time [winning the Champions League]. "It's almost similar. "The one with Chelsea (in 2012) was the first in the club's history and this is the first under this manager, so it's a similar kind of feeling."Sturridge played a key role in the early part of the Jurgen Klopp tenure which included losses in the finals of the League Cup (to Man City) and Europa League (to Sevilla) in 2016.Sturridge described the range of emotions you go through and how the little things are soon forgotten once you taste victory."The difference is that the heartache never goes away, you always think about it.

"There is a difference between experiencing losses and experiencing wins."When you win there is elation and you don't look at mistakes so much.

When you lose you think about anything and everything you could have done right and what you did wrong and you learn from that.And as falling just short of ultimate success can play on the mind and be an incredibly tough mental barrier to overcome, winning can also become a habit. One trophy win leads to another, like a good accumulator bet."Once you win one, you hope the floodgates open and you continue winning.

"It's that culture of getting over the finishing line."The England international was the latest player to praise the outstanding spirit within this squad."The belief in the group, the togetherness, there's no egos, there's banter.

"I contributed - even the players who haven't played a single minute but they have been part of it.

"From training, to acting like the opposition that we have been playing against, doing a job and sacrificing themselves on the training field to prepare themselves the best way they can.