Liverpool stars are being told forget about what lies out of their control in this unprecedented time due to the global Covid-19 outbreak.The Reds sit just two games from a long awaited and much deserved title triumph, but have been made to wait to lift the trophy due to the halt to the Premier League season.Naturally, such a sudden halt to a season comes with a share of disappointment and frustration.However, the Daily Mail reports that club sports psychologist Lee Richardson has come up with a list of plans and techniques to stay healthy which is by far the most important thing.“What happens with the decision of the Premier League or the direction the virus takes next is out of our control.‘All we can control is our behaviour and our response to the challenge of keeping the most vulnerable safe and minimising infection rates.“In focussing on the controllable and in accepting that which we cannot control, i.e. Premier League, government response, we give ourselves the best chance of overcoming the psychological challenge of keeping perspective. “As the manager has said, football is not the most important thing. “The health and safety of us all is far more important.’” 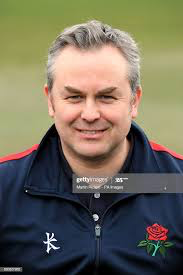 Richardson also said keeping active in all facets of life is incredibly important along with keeping close to loved ones and not to focus on negative stories either on the news or on social media.Richardson ends on a positive by saying.“We will come out of the other side of this“Normality will return but also to be realistic that this will not be for some time’.Richardson played for a number of clubs in his own career including Watford, Blackburn and Aberdeen before becoming manager of Chesterfield and then becoming a sports psychologist and as well as Liverpool, he also works at the Lancashire County Cricket club.He was brought to Liverpool this season and speaking about his appointment, Jürgen Klopp is certainly a big fan of what he brings to the table.“It is just an add-on for all the things we try to deliver. “We try to make sure the boys are in the best hands. “With Lee, the good thing is he was a player himself, a manager himself and then he decided to become a sports psychologist.‘It is a really interesting career. He’s a fantastic person, which is important because then I don’t have to convince the boys to talk to him. It’s easy.“He is a really interesting person and so the boys enjoy that he is around and when you need him, you can use him.”