Report: Van Den Berg to be sent on loan

Sepp Van Den Berg is set to leave the club on loan during the January transfer window to get first team experience.

Despite the injury issues at the Centre Back position, The Mirror reports (via Goal) that Jurgen Klopp wants to give the young Dutchman who has made four total appearances in the League and FA Cup more consistent exposure to senior football, and the best thing for him would be a stint away from the reigning champions.

That path is similar to what Nathaniel Phillips and Rhys Williams went down last season where they spent time at Stuttgart and Kidderminster respectably.

It has proven successful for the pair as between them they have made 14 appearances in the senior ranks across all competitions during this campaign.

The report states the 19 year-old who started his senior career at PEC Zwolle in his homeland, has attracted interest in Belgium, Germany and Switzerland as well as the Championship. 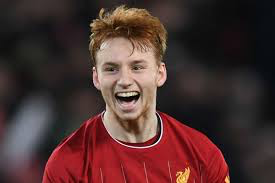 The Lancashire Telegraph reports that Blackburn are one of those clubs as they are in desperate need for defensive reinforcement and with Harvey Elliott already shining at Ewood Park, believe that they have a good working relationship with the Reds.

A final decision is set to be made in the next week and will be the second loanee in January with U/23 captain Liam Millar joining Charlton while Algerian left-back Yasser Larouci could also be on the move as the youngster is in the final six months of his current contract and is unlikely to receive another one.