The 22 year-old started his career at Ajax before spending a couple of seasons in the Arsenal academy where he showed his talent by scoring 44 goals at youth level but failed to make a senior appearance.

Malen returned to his homeland after two years and joined PSV where he has flourished scoring 51 goals in just 110 appearances for the club.

Malen has scored 23 goals during this campaign with 15 coming in the league, seven in the Europa League along with another in domestic cup competition.

The Mail (via La Gazzetta dello Sport) report that despite Juventus and AC Milan showing considerable interest in the Dutch international, it is Liverpool who are in pole position to sign him.

The Reds have a star studded forward line but their much vaunted front three has not performed to the high standards they set themselves this season and but for the impressive contributions of new boy Diogo Jota Liverpool's dreadful season would have been even worse.

Sadio Mané has fallen off a cliff since the turn of the year and Bobby Firmino has been a shadow of himself for two years now. Mo Salah is the one constant as his goal output has remained high and he currently leads the race and is the bookies favourite for the Golden Boot. If you are going to bet, then I found a long list of offers available for this year.

The proposed fee should PSV decide to cash in on the seven-times capped Dutch international is in the region of £30 million. 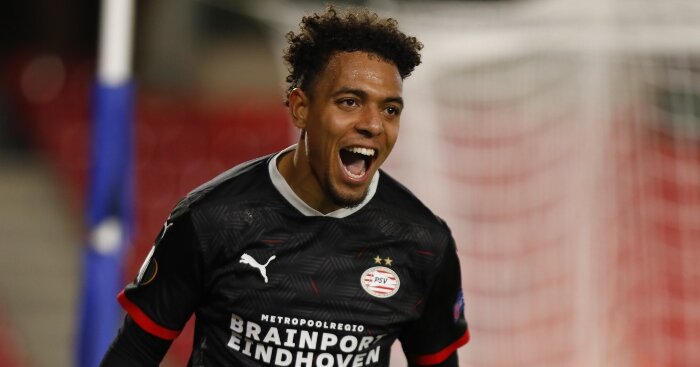 Observers in Holland say that Malen prefers to operate a centre forward within (PSV manager) Roger Schmidt’s favoured 4222 formation, although he can also play out on the left of an attack.

Despite being right-footed, Malen is more than happy to use his left when required to produce shots on goal or produce a pass for a teammate.

Standing around 5ft10, he is happy to use his physical attributes and put himself about the place which will come in handy in the more physical Premier League.

As well as consistently putting the ball in the back of the net, Malen is more than comfortable in the role of provider and has produced six assists and averages 5.76 dribbles per 90 this season with over 42% proving successful.

With Divock Origi likely to depart this off-season, Malen seems like a very handy replacement.

Unlike some young strikers coming from leagues like the Eredivisie, Malen will not be under instant pressure to perform.

Instead he can learn from the elite set of forwards at the club and nurture his game under one of the best managers in Jurgen Klopp.