Report: Moreno edges closer to the exit door as Lewis waits in the wings - Latest News - The Liverpool Way Jump to content

Report: Moreno edges closer to the exit door as Lewis waits in the wings

One of the most maligned Liverpool players in modern times seems to have played his final game for the club with Alberto Moreno jetting off to Rome to reportedly sign a pre-contract agreement with Lazio.The contract of the 26 year-old is due to run out at the end of the season but the Liverpool Echo reports that a new contract will not be forthcoming from the club, hence why the Spaniard has looked abroad to kickstart his career againMoreno who has made 90 appearances for the Reds, is under no obligation to tell the club of his future intentions and it is believed he has yet to do so.The left-back came to the club in the summer of 2014 and was viewed as a exciting prospect who had already won a handful of caps for his country in his early twenties.However from his early games for the Reds, it was evident that he struggled with the frenetic tempo of the Premier League and that led to mistakes and a weak-link that was regularly targeted by the opposition.Moreno can never say he wasn't given opportunities to correct his flaws with Brendan Rodgers and Jurgen Klopp showing a great deal of faith in him.It appeared Moreno was well and truly on the outside when the patience of Klopp finally snapped and he was replaced by midfielder James Milner at left-back for the majority of the 2016/7 season.To his credit, Moreno dusted himself off from that indignity and had a renaissance at the beginning of last season even winning another cap for Spain. 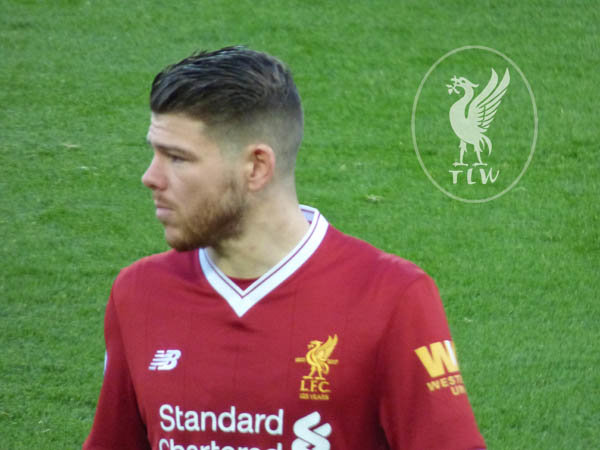 However just as it seemed he had won the trust back from his manager and teammates, a serious ankle injury against Spartak Moscow in the Champions League group stage was arguably the most symbolic moment of his stint at the club.

If you were ever looking for a sliding doors moment, that would be it. The tears Moreno shed as he left the field that night was a indication that he was giving a golden opportunity to his left-back rival in Andy Robertson who was desperate for show his wares on the main stage after his summer move from Hull.The rest they say is history as 'Robbo' has cemented his place as one of the best left-backs not only in the Premier League, but in all of Europe.Since that moment, Moreno has become a bench warmer only making cameo appearances which have included just the two league starts this season (against Cardiff and Burnley).The imminent departure of Moreno could open the first team door to another exciting local prospect in Adam Lewis.The 19 year-old has been slowly eased into the first team set-up having joined the squad for the warm weather camp in Marbella last month.There is a feeling that managers of the top English clubs are unwilling to give youth a go, and hence they have to either go on loan or look at another club to further their career.The beauty about Klopp is that he doesn't look at a player's birth certificate.

If he believes you are ready, he will put you in as he has shown with Trent Alexander-Arnold and even 16 year-old Ki-Jana Hoever against Wolves in the third round of the FA Cup.Regular observers of Liverpool's U/23s have commented that Lewis shares many qualities of Alexander-Arnold in a defensive and attacking sense.The youngster who came on in leaps and bounds under the tutelage of Steven Gerrard in the U/18s knows that under Klopp there is bound to opportunities if he works hard enough.

"My aim is just to try and get on the bench or maybe in the squad for a Premier League game. Just to keep doing what I’m doing, to be honest."Everyone knows the manager gives opportunities. So he believes in you as players and if you do well then he’s going to give you that chance.”It would be something special to see another academy graduate become a full-time member of the senior squad.