Franck Kessie is the latest name to be linked to Liverpool as the Reds look to fill the hole left by Gini Wijnaldum.

The Mail ( via La Gazzetta deli Sport) report that the 24 year-old Ivory Coast international is set to enter the final 12 months of his contract at AC Milan, and it is believed that both parties have hit a roadblock in negotiations.

Kessie is believed to be earning roughly €2.2million (£1.9m) per season, but Milan would be open to raising the figure to €4m (£3.4m) to prevent him leaving.

Kessie's representatives are believed to be demanding closer to €6m (£5.1m), but despite the sizeable difference, Milan technical director Paolo Mancini remained confident that there would be a resolution.

“Franck Kessie will stay as he's part of our future,'. 'We're working to extend his contract.'

The career path of Kessie saw the midfielder come through the ranks at Ivorian club Stella Club d'Adjamé, before finishing his youth career at Atalanta.

He was loaned to Serie B club Cessena, before getting some senior experience with his parent club during the 2016/7 season.

AC Milan acquired his services a season later initially on a loan deal, before the Rossoneri made the deal permanent.

His performances have grown in consistency over the past few seasons, and in turn some of the top clubs in Europe have been alerted with Liverpool believed to be at the front of the pack should the showdown talks go awry. 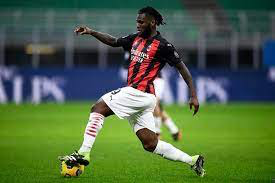 Kessie scored 13 goals for AC Milan in the recently completed league season admittedly though, 11 were from the penalty spot.

Goal did a head to head comparison between Kessie and Wijnaldum over the past campaign.

When doing this type of analysis, you have to factor in the differences in how Milan and Liverpool play in a tactical sense and how both players are asked to undertake their role.

However the figures showed that Kessie was a more progressive passer and successful dribbler, and also attempted and won more tackles, blocks (shots and passes) as well as interceptions.

He also edged the head-to-head for loose balls recovered per 90, while winning more aerial duels than Wijnaldum.

Liverpool have been linked to a number of players in this off-season and this is just another player to add to the list.