Liverpool are considering their defensive options in the aftermath of Joe Gomez being ruled out for the best part of the season with a knee tendon injury.

With the talismanic Virgil Van Dijk already ruled out for the season with a Cruciate Ligament injury, losing Gomez soon after is undoubtedly major blow for the Reds.

Since the news emerged of the 23-year old going down in England training, football pundits and fans alike have documented their contingency plans to how Jurgen Klopp can keep the Liverpool season on track.

A lot depends on keeping Joel Matip fit which has proved easier said than done in the past, but it has to be said when he is on the pitch, the Cameroon international is a class act.

Klopp does have options to partner Matip at his disposal in Fabinho, Nathaniel Phillips and Rhys Williams.

All three have played at CB this season and have certainly not let the manager down with their performances.

But with the games continuing to come thick and fast, there has been discussion whether bringing in an extra defender could be the way to go.

With the next transfer window not opening for another six weeks, the next best option is a free agent.

Teamtalk reports that Daryl Janmaat is a name that has emerged as someone who is available.

The Dutch international is without a club after leaving Watford in October and the 31 year-old fills the need as experienced defensive cover having also played for Newcastle, Feyenoord and Heerenveen.

On the plus side, Janmaat is widely recognised as a versatile defender, while mostly played as a right back, he has played centrally on occasions.

Ironically Janmaat suffered a knee injury of his own last season restricting the veteran to just seven starts in the relegated season of the Hornets.

The two parties amicably came to an agreement last month and Janmaat whose credentials have been verified by Gini Wijnaldum who played with him at Newcastle and on the International stage spoke recently about his frustrating campaign. 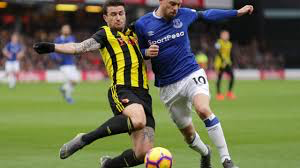 “I’ve had an unpleasant season. A normal injection into the knee caused an infection. The joint later had to be rinsed again, followed by a period of antibiotics.

“Fortunately that is all over, I train daily again and feel fit. It was time for a new step in my career. I really want to play football for a few more seasons.”

He has also stated he is ready for first team action if or when called upon.

“I am free to come and go as I please. I have been training with a physiotherapist for some time now, the knee is okay. If a club is looking for a defender, I’m ready,”

“I feel like I’m getting stronger. Now I’m waiting to see which club comes my way.

“I’m not in a hurry, in the sense that I’m just going to sign somewhere because I want something. I can take my time, I’m curious which clubs are interested.”

Time will tell whether Liverpool are one of those clubs.