Report: Fekir given the green light to leave Lyon in the summer - Latest News - The Liverpool Way Jump to content

Report: Fekir given the green light to leave Lyon in the summer

The on/off transfer saga of Lyon star Nabil Fekir could be on the right track again with club president Jean Michel-Aulas willing to grant their skipper permission to leave the club in the summer.The Mirror reports (via L'Equipe) that Fekir has struck a gentleman's agreement with the club to leave along with defensive midfielder Tanguy Ndombele.Rewind almost 12 months and it appeared that the 25 year-old was a virtual certainty to join the Reds with a deal in place for the attacking midfielder to join the club at the conclusion of the World Cup.However the Liverpool medical team still believed there was a significant question mark about Fekir's knee which he had reconstructive surgery on in 2015 and had subsequent issues since.So the deal which was believed to be around the £50million mark was scrapped and Jurgen Klopp turned to plan b which was signing Xherdan Shaqiri from Stoke. 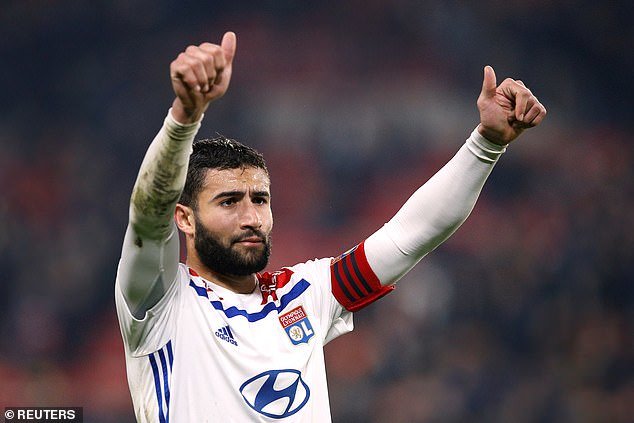 Fekir, who is part of a very exciting French midfield unit, has not let the disappointment of a failed move affect his performances for Lyon this season where he has scored 12 goals and registered seven assists in the league and Champions League combined.The rejuvenation of Liverpool's defence has been a sight to behold this season, while the front three have played their role despite having been more spasmodic than during the previous campaign.Most regular observers of the team will acknowledge that it is the midfield that has the most question marks attached.The addition of Naby Keita was seen to be the missing ingredient to a area of the pitch which lacked dynamism, especially since the departure of Philippe Coutinho to Barcelona, the decline in output of Adam Lallana and the cruel timing of the Alex Oxlade-Chamberlain injury just when he was proving to be a indispensable part of the starting lineup.However apart from a few 'teasing performances' the Guinea international has shown precious little of his ability. And after a hot streak at the end of 2018, Shaqiri has faded from view almost entirely with Klopp seemingly not trusting him to play a role in the tense final stages of the title race.Of the three midfield signings, and after a natural period of adjustment, Fabinho has been far and away the most impressive on a consistent basis.When the big games come around, Klopp routinely turns to Jordan Henderson, James Milner and Gini Wijnaldum, a trio who offer endless workrate and energy, but lack that crucial creative touch. So while it isn't a certainty at this stage and there is bound to be hot competition for his signature, buying Fekir in the summer could be just the man to fill that vital role.Liverpool fans wait in hope.