Report: All options on the table regarding the Liverpool future of Neco Williams

Neco Williams is set for talks with the club at the conclusion of this campaign after spending the second half of the season at Fulham.

The decision was made in January to send the Welsh full-back away on loan so he can get some consistent first-team Football under his belt, something he would not have got if he had stayed at the Reds.

To this point of time, Williams has made 13 appearances for the West London outfit and has generally impressed observers with the quality he does possess with manager Marco Silva saying “His intensity and the way he supported our offensive game has been fantastic. He is a young lad who always gives his best.”

It is believed that the club remain keen for the Welsh international to remain on the books while the player himself has previously stated that it his main preference is to stay at Liverpool.

But as what is commonly the case with a emerging player, once they get some consistent first-team action on loan, their mindset changes. If the mutual decision is made for Williams to move on permanently, Liverpool will certainly not sell him on the cheap especially as he is a full international and under contract until 2025. 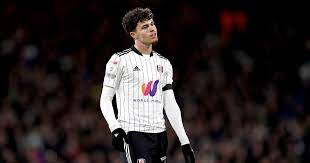 Fulham who rubber stamped their automatic promotion back to the top flight on Tuesday night will certainly be interested in retaining the services of Williams, but the Echo states that while another loan has not been ruled out, it is the least appealing option.

With the Fabio Carvalho deal to Liverpool seemingly heading towards a positive conclusion, it appears that both clubs do have a decent working relationship which always helps in this scenario.

It has also come to light over the last week that Liverpool are looking closely at Aberdeen young right-Back Calvin Ramsey who has seen the Scottish U/21 international win glowing praise and attracting attention from a number of clubs. 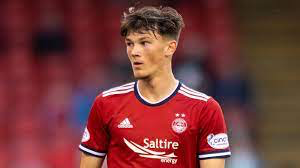 The Echo reports that Ramsey is certainly on the scouting list, but that interest has gone no further at this stage.