Reds warm up for new season with Anfield goal blitz

The Reds warmed up for the new campaign with a mixed performance in their final pre-season warm up game. Blackpool were eventually swept away by a second half goal blitz but for the 7-2 win wasn’t always as convincing as the scoreline would suggest.

Injury and international call ups meant that none of the regular first choice back four were available for the game and that perhaps explained the uncharacteristic uncertainty in the first half. Youngster Billy Koumetio was caught out for Blackpool’s opener, while an error in judgement from Alisson Becker gifted Blackpool a penalty which saw them make it 2-0.

It was a lacklustre first half showing from the Champions and there are clearly still some cobwebs to be blown off ahead of the season opener against Leeds next week. The Reds face a tough start to the campaign and that, coupled with the lack of squad strengthening perhaps explains why Premier League betting odds have them as second favourites behind Manchester City, even though there was an 18 point gap between the sides last time out.

Against Blackpool Jurgen Klopp seemed irritated on the touchline, at one point chastising Fabinho for not making enough challenges and not being in the right positions. Interestingly the Brazilian was withdrawn at half time. Perhaps that was pre-planned, or maybe Klopp was making a point.

Fit again Joel Matip headed in from a corner just before the break and after that it was one way traffic. Klopp made three changes at half time, introducing Nat Phillips, Sepp Van den Berg and Curtis Jones, and his side then dominated the second half. Jones in particular really caught the eye and seems to be edging closer and closer to being a genuine contender for a starting place.

Sadio Mané levelled the scores before further strikes by Roberto Firmino, Harvey Elliott, Takumi Minamino, Divock Origi and Van den Berg gave the scoreline a somewhat misleading look. Blackpool certainly didn’t deserve to lose so heavily but when both managers started to make changes the extra quality in Liverpool’s squad proved to be too much for the Seasiders.

Klopp will have some difficult decisions to make ahead of the Leeds game, not least who to start at right back. Trent Alexander-Arnold is expected to be fit in time for the curtain raiser but having not featured at all in this shortened pre-season it might be considered too much of a risk. 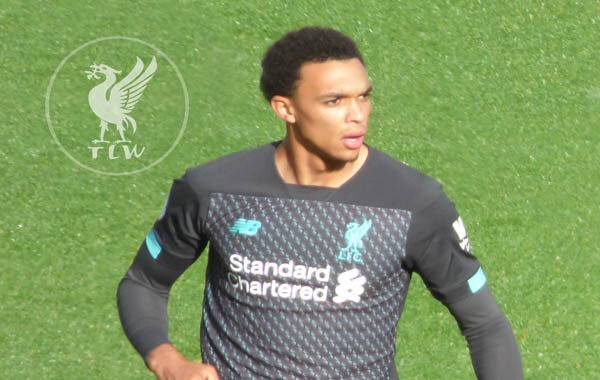 The good news is that back up right back Neco Williams was in fine form for Wales this weekend and even managed to score a last minute winner when he stole in at the back post to find the net with a well placed header. Young Dutchman Ki Jana Hoever played right back against Blackpool and gave a timely reminder of what he can do.

The other big selection dilemma centres around Japanese star Minamino, who has been one of the more impressive performers in pre-season. Does he start against Leeds? And if so then does that mean a change in formation to 4-2-3-1?

Klopp has flirted with that system occasionally in recent seasons, usually when he wanted to get Xherdan Shaqiri in the side. The results have been mixed, but Minamino floating around behind the front three might be a new solution against the kind of packed defences the Reds regularly come up against.

Klopp has hinted that he may switch things up tactically this season and therefore we might see him occasionally move away from the tried and trusted 4-3-3 that has served him so well these past few years. Minamino might be the key to that. If he performs well enough that he can't be left out, then a change of system appears to be the only way to get him in.

Whether Minamino starts might depend on whether skipper Jordan Henderson is fit enough to return. Again, having been out for so long it’s likely to be a few more weeks until Henderson is ready to start, but you can never rule him out such is his determination to play.

And what of Gini Wijnaldum? The Barcelona linked Dutchman has been such an integral part of Liverpool’s success over the last few years and generally when he’s been available he’s started. It’s rare that Klopp leaves him out, but given the excellent form of Naby Keita since football resumed after lockdown, it seems unlikely that Wijnaldum will start against Leeds.

Winning the title is difficult enough, but retaining it is something else entirely. The Reds showed they were the best side in the country last season but the slate is now wiped clean and rival clubs such as Chelsea and Man City will be looking to lay down an early marker. Can Klopp’s men do the same? We’ll find out soon enough.