Oxlade Chamberlain: I feel I am getting better - Latest News - The Liverpool Way Jump to content

Oxlade Chamberlain: I feel I am getting better

Alex Oxlade-Chamberlain feels that he is steadily returning to his top form after a man-of-the-match performance in Liverpool’s 2-1 Champions League victory over Genk on Tuesday night.The roaming midfielder was a constant threat all night for the Genk defence and made it four goals in as many games in all competitions when he combined beautifully with Mo Salah to put the Reds back in front after they were pegged back on the brink of half time by Mbwana Samatta.Gini Wijnaldum opened the scoring on the evening on 14 minutes after being set up by James Milner but the visitors levelled when the Reds failed to deal with a set-piece.  Just like bestusacasinosites though Liverpool delivered as Oxlade-Chamberlain fired in low at the Kop end.The Official site reported the 26 year-old as saying that while he is not at his sharpest, he is feeling better with every game he plays.“When I took one on the ankle and went down, I was a bit disappointed because usually when I feel sharp I manage to get past him there.“I maybe underestimated him a little bit but they're the type of moments where I feel like I've not just quite got that fully back yet. “I feel like a need to be sharper in those moments to burst through and get running, change things and break lines.“I think that's coming and I'm getting my feeling back with that."“I've been trying to sort of dribble a bit more and get that side of my game back because that sort of stuff can take a bit of a while when you've been out for a while.“Overall, I think there's more to come from me for sure." 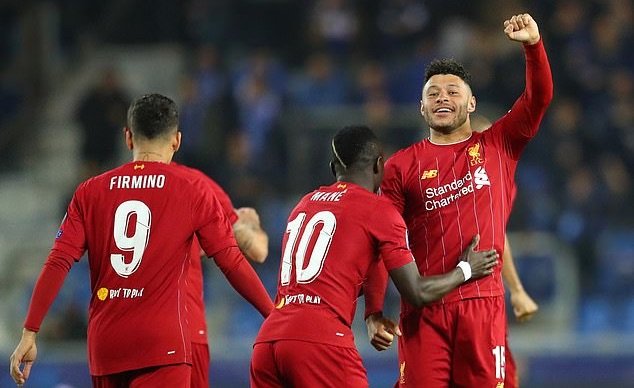 The England international said that a key to Liverpool’s success is the standards that they set. There's a reason why the Reds are six points clear and if they can overcome Manchester City this weekend then they will be in pole position to win the title, which will no doubt be reflected by sports betting online odds.“To get into the team you've got to be able to press in a certain way with a certain intensity.“I take the Tottenham game, the way that Gini, Hendo and Fab did it in that game was brilliant and even the boys up front as well were second to none. “So you look at that and they're the sort of standards that we set for that“If you're not sort of hitting those standards then you'll struggle to get a game regularly, so I've been battling to try to get that side of things back. I think I can improve on that.“Also on my attacking as well, I think I can improve on that, but I'm confident it will come and I'll keep working as hard as I can. I'll make sure it comes.With Napoli’s draw to RB Salzburg, Liverpool moved to the top of Group E ahead of the showdown with the Italians at Anfield on Matchday 5.Despite being five points clear of the Austrian outfit with two games to play, Oxlade-Chamberlain is taking nothing for granted.“With the other two playing each other, we knew this was a big chance for us to sort of get three points and hope they took points off each other and make the table look a lot better for us. “We knew that going into tonight, so I'm glad that we've come out of that. “But we've got big games coming up still and a lot of work still to do, a lot of improvement still to make and more convincing performances [needed] to progress.”