He has the image of the typical dour Yorkshireman, but in reality James Milner is the master of self deprecating humour.The parody Twitter account 'Boring James Milner' has long been a favourite amongst football fans for its dry wit, but the man himself has produced some classic lines since joining the social media platform last year, which in turn has showed another side to his personality.On Sunday, the man affectionately dubbed by fans as 'Big Games James' stepped up to the mark once again, this time converting a important penalty to seal a 2-0 victory against Cardiff.In the aftermath of the goal, it seemed that Milner was struck by an sudden ailment, quite possibly a back spasm as it seemed he was struggling to stand up straight after powering home the spot-kick with all that he had.The midfielder had just come on for Fabinho, as the Brazilian a substitute himself, couldn't continue after a head knock.However on closer examination there was plenty of laughter amongst the group, and after the game Milner said it was all a bit of fun with a teammate. 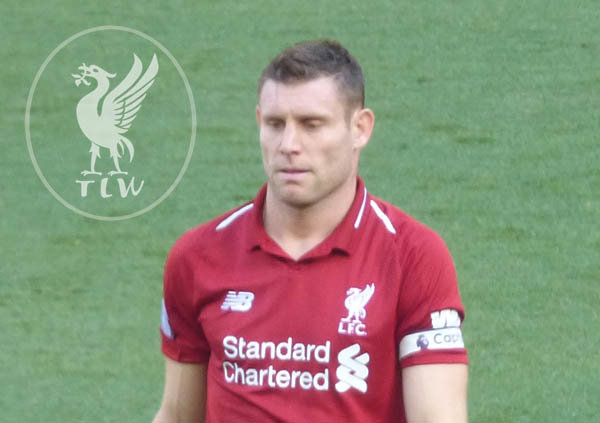 The Mirror reported Milner as saying:"Virgil [van Dijk] has been giving me plenty of stick for being old."So it was just one for him really."

It is just another sign of the closeness and terrific mentality of this group, that there is still place for a bit of humour in what is a highly tense situation with so much on the line.Long may that continue.