McMahon: Aaron Ramsey would be good fit at Liverpool

It is a story which has bubbled along in the background for months, but speculation has intensified in the past few days that Aaron Ramsey will depart Arsenal at the end of the 2018/19 season.

Sky Sports reported that the Welsh midfielder will not be offered a new deal and will be allowed to leave on a free transfer.

Ramsey has had his fair share of injuries throughout his career, but in particular his shocking broken leg suffered against Stoke in 2010 which naturally shook his confidence.

After a period of time on loan at former club Cardiff and Nottingham Forrest, Ramsey finally adjusted to life in North London and honed his game alongside the likes of Mikel Arteta, Mesut Ozil and current Red Alex Oxlade-Chamberlain.

Ramsey has made close to 350 appearances for the club and is highly regarded by the Gunners' fanbase having been voted as their player of the year on two occasions in 2013/14 and again last season along with winning the FA Cup on three occasions (2014/15 and 17). 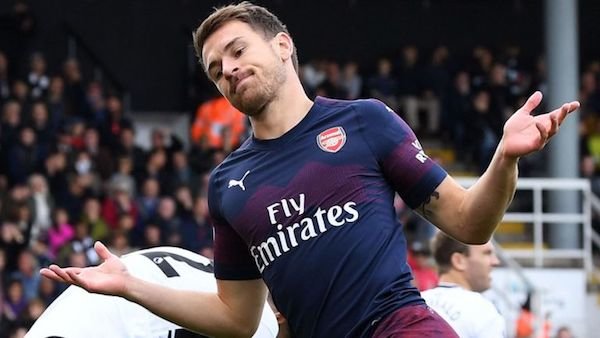 The news over his likely departure his sparked a level of conversation over which clubs should show some interest in his services.

Former Reds midfielder Steve McMahon is a big fan of the 27 year-old and told Sky Sports he believes Ramsey can add an extra element to Liverpool.

"Liverpool would do well to get him. He's a midfield player who goes beyond the strikers and Liverpool haven't got that.

"Liverpool have got good midfield players that play in front, they've got top strikers who score goals and have got pace, good defenders.

"But when it's a bit of a stalemate, they haven't got someone to go ahead, the third man running, not just to try and get a goal but to take the players away and open the space up.

"Ramsey is one of those players and is a goalscoring midfield player with great technique".

Despite Liverpool having a true attacking identity, McMahon believes Ramsey offers something that the team is missing.

"We always look at the high intensity now for Liverpool. I've seen them play in every game this year and they still need a very offensive midfield player and somebody who can take that chance, to get over the top to get away and leave that space for everyone else.  They haven't got that at this moment in time".

Naturally when a player like Ramsey chooses to sign for a club like Liverpool, the next challenge is finding a place for him in the starting lineup.

McMahon suggested some possible openings for the midfielder.

"It all depends who's starting. They have been switching it around between Jordan Henderson and Naby Keita so either of those. Fabinho is not the right person for me, I think he's like-for-like with Henderson.

"There's something to be said that Ramsey is better than Adam Lallana and Xherdan Shaqiri knew when he went to Liverpool that he would be a squad player.

"I think Ramsey would fight for his place and I would be interested in him."

A number of interesting discussion points were raised in McMahon's comments.

It remains to be seen whether Jurgen Klopp thinks along the same lines and feels that Ramsey suits his game style and add value to the squad.

It will also be interesting to gauge the opinion of the Liverpool fanbase on this.

Is Ramsey a player that can help take us to the next level or are there other areas in the that we should focus on?