Lijnders: We will attack each competition that we play - Latest News - The Liverpool Way Jump to content

Lijnders: We will attack each competition that we play

Liverpool assistant manager Pep Lijnders says the club have plans in place to deal with their heavy schedule in the middle of next month.The Reds will be taking part in two separate competitions in consecutive days on two different continents, that being the Carabao Cup quarter final against Aston Villa and then the FIFA Club World Cup in Qatar.It has already been decided that the senior squad will be split for both fixtures and Lijnders explained a little bit more about what will take place.The Mirror (via the Official Club magazine) reported the Dutchman as saying:“It is important with a 'culture of victory' because each prize we can win is important, so we try to attack each competition we play.“ But, for me, the most important thing is the chance to show, in a different part of the world, our identity and our philosophy and a real spirit of initiative.“In a perfect world people should look forward to seeing us play. “As regards [to] changing between England and Qatar, we already have the people in charge who are preparing to make this process as smooth as possible.“ We have to ignore what's beyond our control whatever the circumstances. “This is what we always try to do, but in these periods, it will be even more the case."Lijnders says that the club are determined to add the international trophy to their cabinet. 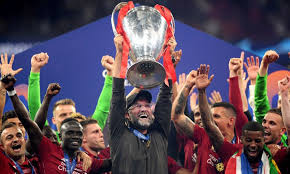 “ "It would be incredible to become champions of the world.“ Not many big teams get this chance. It's a mark, a stamp of a strong process over many years.“We have to think about the semi-final first, it's the first step and the only one that counts at the moment.