Jurgen Klopp said his team have been on a mission to go one better after last season's Champions League heartbreak and after their stunning semi final win over Barcelona they now have that opportunity.The Reds are now in a strong position to win the trophy it would be a smart move to cash in on any final bet with a unibet promo code.

Speaking after the remarkable 4-0 victory in the second leg, the manager said the squad was not content to just make it to the final once again.The Independent reported Klopp as saying:"Last year, we really felt we had to go back."After Kiev, we had to go back. We couldn’t let it stand like this. That’s not possible. "And now we get another chance, and we will go for that of course. "I know what people say about me losing finals and stuff. "But it's a fourth final we’re in [since he joined the club], and that's pretty special.”A understandably emotional Klopp said the memory of this remarkable Anfield evening will remain with him and his players forever more."The tears in their eyes,"This club touches you like crazy. "You feel much more than others in these moments. I’m not sure if it will happen again, it’s so special."I said to the boys, I think it’s impossible. But because of you, we have a chance. We believed in this chance. "They have the mentality of giants, it’s unbelievable.” 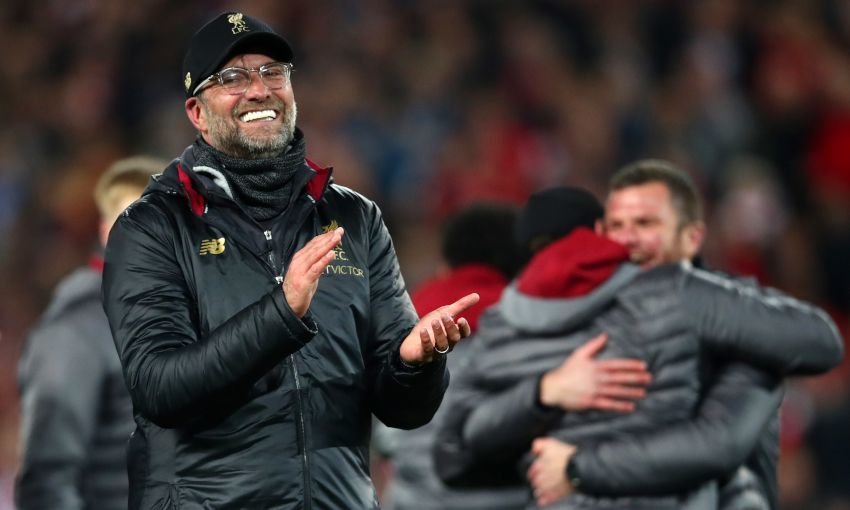 There will naturally be comparisons between the current group and the 2005 squad whose victory in Istanbul was the stuff of legends.Klopp certainly knows where that success sits in the club's esteemed history, and while he certainly respects it, believes this group wants to create their own mark on the club." The boys want to create our own history."Not because we’re not happy about the history of the club, but because we need new chapters.”