Klopp: Relationship with my players stretches well beyond Football

Jürgen Klopp has opened up on his role to not only be a great manager, but a life mentor for his players.Klopp is well renowned for his ability to be incredibly protective of his players whenever they come in for any form of criticism.Just because a training session has concluded or the final whistle has blown at the end of a Premier League match doesn’t mean that Klopp loses interest in what transpires in the everyday lives of his players.Speaking on the In the Duffle Bag podcast (via the Echo) before the enforced break, Klopp detailed what this type of his management contains.“The players know pretty much all about me, about my wife and my sons… It's important to know who you are working with and it's important to know why somebody is determined and motivated.“Where are you coming from? Are you out there to earn money, which is fine, or are you here to make your family proud, or are you here to make a whole country proud?“There are so many different things... I think I need to know them. That makes a relationship. “They can talk to me and it’s always important.”Klopp mentioned about how players want to know about how he dealt with being a parent at a young age. 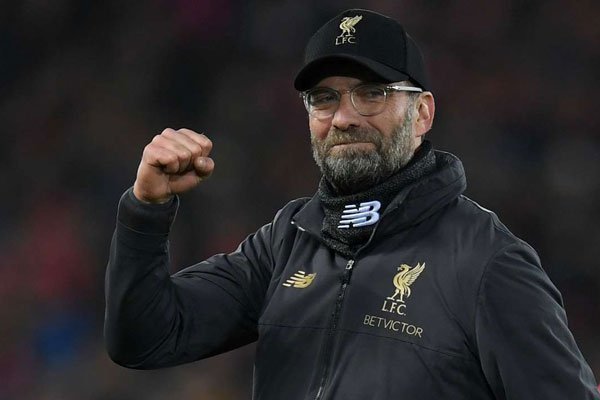 “A lot of players asked me for advice about life.“I was a young father, so I had the problems they had now twelve years before, when I was 20/21.“I learned how life changes when you become a father. “So that's what prepared me to have that kind of experience, to make the next step to be the coach or manager.“It felt really natural for me because it was overnight. Sunday, I played. Monday, was the manager.”We have seen over time how easy it is for managers to fall out with players, but Klopp says it is all about striking the right balance.“I'm the boss,“I say who plays, I say when we train, I say what we do and training, I decide all these things.“But in between these decisions, I can be their friend. “I always explained it like this... I'm a friend of my players, but I'm not their best friend. “I'm not the guy who understands everything but I try to.”Klopp won wide praise for his level headed words in relation to the postponement of the Premier League season due to the Covid-19 outbreak.“It's football. It's a game.“So it's not that serious actually, it's just a game. “There are more important things in life.”It is just one aspect of what makes Jürgen the person that he is and despite his outstanding ability and success as a manager, staying grounded his one of the main things he believes in.  “Everyone should be humble because why shouldn't you be humble? “What reason do you have to feel like something special?”“The boys (players) have a special life in all in all parts. “They earn a lot of money, but they cannot go out without anybody watching them.“Every week the whole world is watching them and they’re still very young. What they need is faith and trust.“They have to realise it's possible to make the biggest mistakes ever in public and life goes on as long as you have the right people around you.”Despite taking such a worldly view on matters such as politics and the global health crisis, he knows the responsibility he has to be Liverpool manager.“We are Liverpool, so that means we have to be successful.“So that's what everybody expects... “You don't have to convince any player and tell him. By the way, don't forget, you are Liverpool and we have to do more.”