Klopp: I have no doubt Loris can have a great career at another club

Jurgen Klopp has cleared up any doubt over the status of Loris Karius saying that the German goalkeeper is free to find a new club.

The 28 year-old last played for the Reds in a competitive fixture in the Champions Leqgue final against Real Madrid in May 2018 which turned into a well documented personal horror show.

In the subsequent period of time, the keeper has had turbulent loan spells at Besiktas and Union Berlin.

Despite all the inner turmoil he has dealt with during this difficult period of his career, Karius remains on the books of the Reds and by all accounts has dealt with his situation in a very professional manner.

There was even some speculation that Karius would be involved in the first leg of the Carabao Cup semi final against Arsenal as Liverpool dealt with a Covid outbreak among their goalkeeping ranks. However we will never know Karius would have got the nod as the fixture was postponed.

Speaking ahead of the home fixture against Brentford, the manager looked to clear up matters per the Official site. 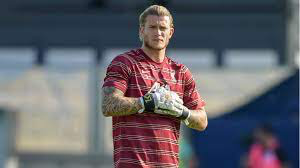 “So, there are different things. One is Loris Karius the player, who is doing absolutely nothing wrong, who is in a really good shape, who is training very hard. He is committed, the goalie coaches are fully committed, that’s clear. But before the season we made a decision. Obviously it was in the club’s interest as well that Loris finds a new club, stuff like this.

“That didn’t happen, so fine. We made a decision: he’ll be treated completely normally absolutely but we have the goalies. As long as we don’t have a massive situation here, our No.1 is Ali, our No.2 is Caoimh, No.3 is Adrian, No.4 is Marcelo and then there’s already four goalkeepers.

The way Klopp addressed the subject, it seems he is perfectly happy with the three senior keepers along with 19 year old Brazilian Marcelo Pitaluga who came to the club in late 2020.

While he is yet to make a senior appearance, the youngster made the bench for the Carabao Cup quarter final win against Leicester and has impressed his countryman Alisson with his all-round skill set and willingness to take advice on board.

“We were never in a situation where we had to use the fifth (keeper). It has nothing to do with the quality, we made the decision and the boys do really well obviously. I think everybody is impressed by the development of Caoimhin Kelleher, who is ready for pretty much everything.

“We all know about the quality of Adrian and the impact he has on training and the dressing room and stuff like this and would always be ready to go. And Marcelo is an incredible talent, an absolutely incredible talent, the next one in line. 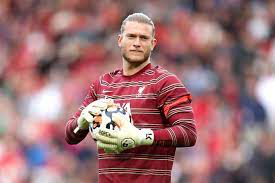 “That’s it. But Loris, I wish him only the best and he will find a club whenever – now or in the summer. And then from there he will go on, I’m very sure.

The words of Klopp come just a few days after goalkeeping coach John Achterburg said that just sitting on the bench for the next six months won’t help his career prospects and he needs competitive Football.

There is no doubt some clubs would be ruthless and just cut him adrift, but in keeping with the classy way that Klopp and his staff conduct their business, they are giving Karius all the encouragement he needs to look to greener pastures.