Ferdinand: Liverpool have been phenomenal and you have to admire them - Latest News - The Liverpool Way Jump to content

Ferdinand: Liverpool have been phenomenal and you have to admire them

Rio Ferdinand says that Liverpool’s body of work over the past two seasons is worthy of the highest level of respect.The Reds currently stand head and shoulders above the pack in the title race, a season after pushing Man City all the way to the finish line and claiming their sixth Champions League trophy.The former Leeds, Man United and England central defender knows a thing or two about winning trophies, and says this Liverpool team deserves all the praise it is getting.The Mirror reported Ferdinand as saying:“You have to respect it, I think Liverpool have done a tremendous job.“In the last two years the amount of points they have accumulated has been phenomenal.“You're not lucky to win the league, I know that from experience.

"You haven't got to be lucky you've got to be good enough to win a league and Liverpool are more than good enough." 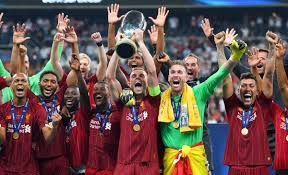 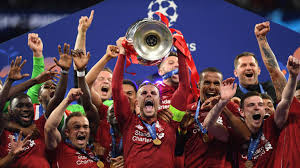 While Liverpool have added the UEFA Super Cup and Club World Cup to their growing tally this season, Ferdinand senses the Reds are far from satisfied and are men on a mission.“I think that is the scary part for everyone else is that Liverpool, this isn't about today, they're going to be in this for the long haul.“They look like a team that is being built for the long-term."Ferdinand was not finished in his wholesome praise, saying that the running of the club has been first class where everyone has been on the same page.“I think others team, other owners, can take a lead off of what Liverpool have done. "They've invested in their manager, they've invested in his ideas. He's been allowed to implement them over time.“He (Klopp) didn't have success immediately, but you're seeing it bears fruit four or five years on now from the beginnings of that.“He was given time and the resources and now the trophies are coming."