Fekir: There were excuses made over failed Liverpool transfer - Latest News - The Liverpool Way Jump to content

Fekir: There were excuses made over failed Liverpool transfer

Nabil Fekir has opened up about the transfer that wasn’t, believing that there were a number of lies told along the way.The French international was on the verge of a dream move to the Reds last summer, but with everything virtually signed,sealed and delivered the negotiations were suddenly ended due to Liverpool’s concerns over a long standing knee injury.However Fekir believes that it was a convenient excuse to not go through with the deal.Sky Sports (via L’Equipe) reported Fekir as saying:“ There was an incredible amount of lies told about it. “Everything that has been said about my family in particular. It hurts them, as it hurt me.“You want the truth? Even I do not know it, I assure you. “I did my medical examination and, behind, they decided not to sign me.“At one point, they wanted me to believe it was the knee. But it was an excuse and medical tests passed at Clairefontaine were very clear.“What irritated me was that by trying to advance this pseudo-physical problem, it ruled out chances with other clubs that were potentially interested, while there are other players who have experienced the same injury and it did not prevent them from returning to a normal trajectory. 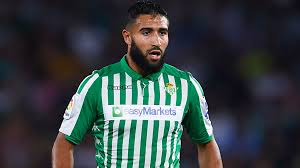 However Fekir who signed for Real Betis in the last transfer window does not hold it personally against the Reds.I have no bitterness towards Liverpool. “They showed me that they really wanted me. But behind, when you do not surround yourself with good people, it hurts you."However, Fekir’s former agent Jean-Pierre Bernes placed blame squarely at the feet of the former Lyon captain.“He has to stop this show and stop taking people for fools. Everyone knows what happened.“The transfer to Liverpool has turned around for two reasons. The first is his knee, even though the English club's leaders were willing to make an effort on this.“The second is the appearance of a foreign pseudo-representative who asked for the negotiations to be resumed from the beginning at the moment of signing.”All clubs have a player or two who have slipped through the net when everything seems on track.But despite being a good player, it seems entirely reasonable for the club to have pulled out of the Fekir deal if they detected a problem, as that is just good due diligence.