Bruce: Liverpool are as good as you can get - Latest News - The Liverpool Way Jump to content

Bruce: Liverpool are as good as you can get

Steve Bruce has declared that his side could not compete with the attacking quality of Liverpool as the Reds maintained their 100% record to start the Premier League season with a 3-1 victory on Saturday.The visitors took a shock 1-0 lead courtesy of a fine finish by Dutch international Jetro Willems. After a sluggish start, the Reds certainly needed a spark.A Sadio Mane strike restored parity in the 28th minute and he then scored his second before the interval, combining with Roberto Firmino who came on as a substitute for Divock Origi.Firmino’s brilliant work was not done however, and he played a sublime ball for Mo Salah to finish and round out the scoring 20 minutes from time.Bruce, a manager who has been a thorn in many Liverpool teams in previous seasons was glowing in his praise for Jurgen Klopp’s side who have now won 14 top flight games in a row stretching back to last season.

The Reds have raced into a five point lead at the top of the table but face their sternest test of the season so far next weekend when they travel to Stamford Bridge. Games don't come much bigger than Chelsea v Liverpool but a look at premier league odds will show you the recent change in fortunes between the two clubs.

However, Frank Lampard's faith in youth appears to be paying dividends and the Londoners go into the game in good form. The sloppiness that Liverpool showed early on against Newcastle might be punished more severely if the same mistakes are made at Stamford Bridge.

Chelsea have gone from regular title contenders to facing a battle just to make the top four, while Klopp's side have reversed that trend. Will they win the title this year after narrowly missing out last time out? Bruce certainly feels they might.The Liverpool Echo reported the Newcastle boss as saying:“They are an excellent, excellent team. "They have pace, creativity and at the top end of the pitch they can damage you. I knew it was going to be difficult, but in fits and starts we did okay.“Can they win the league? They are going to be there or thereabouts. They only lost once last year and didn't win the league, it's quite unbelievable.“They are a very, very good side which will cause any team problems. They are as good as you get. They are fantastic.” 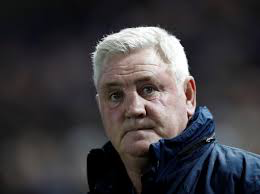 Bruce said that along with the quality play of Liverpool, his own side made it difficult for themselves.“ We were okay in bits but unfortunately we have made a mistake for the second goal.“We are disappointed about that.“When you get a start like we did, the first-half hour was crucial.

"Mane then scored a wonderful goal and there was the introduction of Firmino with his movement and the way he plays."When you come to an arena like this you know they will cut you open at times, but we have given the ball away in the middle of the pitch and I'm sure Martin (Dubravka) when he looks at it will know he can do better.

"It was a crucial part(of the game)."